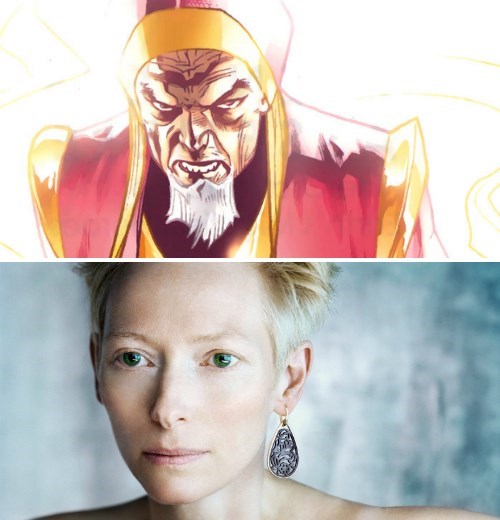 It looks like Tilda Swinton is beating out Morgan Freeman, Bill Nighy and Ken Watanabe for the role of The Ancient One, the mentor and ally of Stephen Strange. Strange, played by Benedict Cumberbatch, is a former surgeon who after injuring his hands, discovers the supernatural world of magic and demons.

The Ancient One helps Strange become Earth's Sorcerer Supreme, and a prime candidate for The Avengers. While, The Ancient One has typically been portrayed as male, Tilda Swinton seems like the perfect choice to play an ethereal, immortal figure not of this world.