This Unopened Beer is 140 Years Old 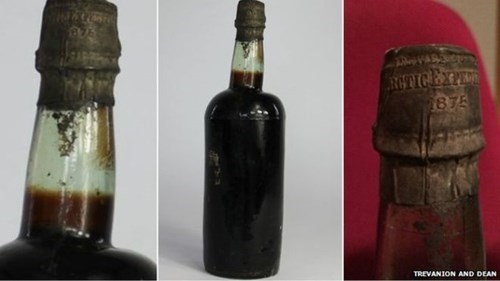 This beer is Allsopp's Arctic Ale, brewed for an arctic expedition that failed in 1875. An auctioneer selling the beer told the BBC that in researching the beer he found it would most likely be "sweet tasting with a hint of tobacco," based on a similar beer that was opened and tasted.

Man Tells Neighbor Off For Stealing Rain Water He Collected

Things That People Were Not Supposed to See