Infidel of the Day: That Guy Who Told His Wife She Was Pregnant by Stealing Her Pee Has Another Surprise for Her — Ashley Madison 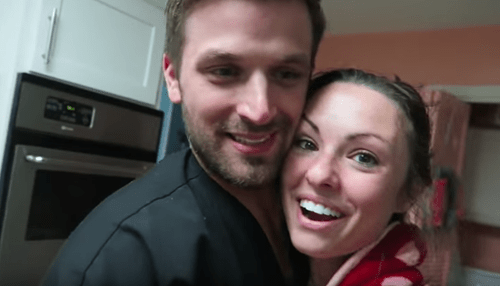 Huh. Look who else had a paid Ashley Madison account.

Sam Rader, the Christian vlogger who racked up 14 million views by surprising a wife with a positive pregnancy test just two weeks ago, seems to have paid money to take part in the infidelity service.

Scouring through the 10 gigs of compressed data that hackers leaked onto the dark web, The Daily Mail discovered the payments.

A user, who appears to be the 29-year-old father-of-two, allegedly made two $189 payments to the infidelity service in September 2013, the same month his second child was born and he celebrated four years of marriage with his viral star wife Nia, 26.

Another four $14 payments were listed under his name on the database.

The account details shared on Twitter and the 4chan forum – allegedly taken from the hacked Ashley Madison data – show Mr Rader's name, his town of Terrell, Texas, and a zip code which Daily Mail Online can verify matches his home address.

The fountain of gross hypocrite news coming from the filthy Ashley Madison leak is like the unwanted gift that won't stop giving. The Daily Mail's discovery comes just a few days after Josh Duggar from 19 Kids and Counting was found among the same information.