Video of The Day: Man Interviews Himself 38 Years in The Future 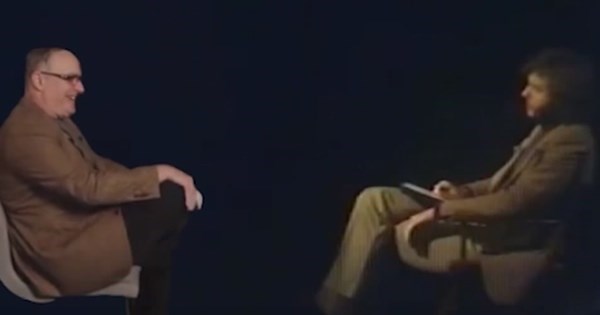 If you could ask your future self anything, what would it be?

When Peter "Stoney" Emshwiller was 18, way back in 1977, he captured footage of himself asking questions to his invisible future self. He planned on combining footage in the future and getting some answers.

The short clip below shows the 56-year-old man reflecting on his successes and failures. It is surprisingly heartwarming.

Emshwiller plans on releasing a full-length version of the interview he'll call Later That Same Life, which is currently being funded.


Here's what the filmmaker had to say about the project:

A recent health scare (happily a false alarm) made me realize I ain't gonna live forever, and that it's time to finish this project. So I'm finally going to (gulp) face my younger self and record the other half of the conversation. Then I'll edit all the footage together. The final illusion should be a humorous, touching, sometimes combative, always revealing, totally impossible conversation between a bright-eyed teen and his own middle-aged self. Shade of The Day: 50 Cent Responds to Ex Vivica A Fox's Rumors he Might be Gay