Already Famous of the Day: Kim Kardashian Reveals the Name of Her New Baby Boy 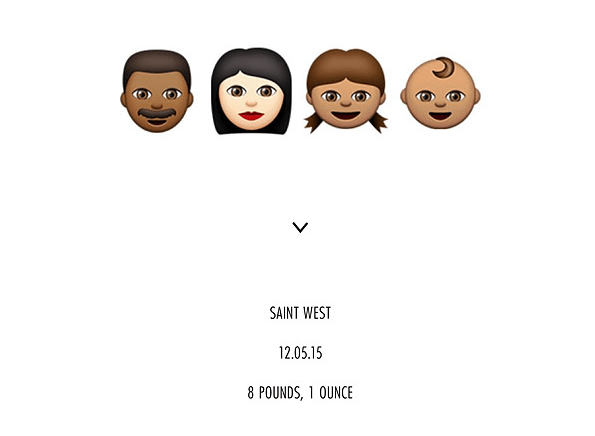 Kim Kardashian West and Kanye West welcomed their second child into the world this weekend, who weighed in at 8 pounds, 1 ounce. He was born a few weeks early, but aside from being thrown into a world of celebrity before he left the womb, little boy West is totally healthy.

Throughout Kim's pregnancy, the world has been speculating about what the couple would name their son. Would they call him "South" to match his sister North West? Kim rolled her eyes at this suggestion, but did entertain the slightly less obvious "Easton." Turns out she and Kanye decided to ditch the direction theme altogether and have named their son "Saint West." Baby Saint reportedly has no middle name, but boy is that a lot to live up to!

Kim's sister Kourtney gave birth to a little boy named Reign last year, so it looks like this whole new generation of Kardashian's has big shoes to fill.