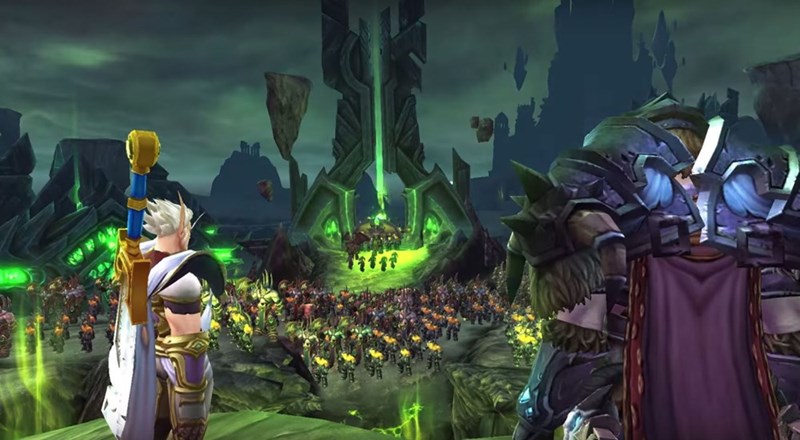 Assistant game director Ion Hazzikostas responded to a forum thread about expensive vendor items, and actively tried to dismantle the widespread belief that there exists a feeling of consensus in a world as massive and diversified as WoW's. He wrote:

"If I’d instead posted that we were going to reconsider and massively reduce the prices of the cosmetic items on this vendor, there would be other people feeling like their feedback was ignored.

It’s exceptionally rare that everyone wants the same thing,” he added. “And even then, there is a large silent majority that does not post on forums. If there were actual unanimity regarding a certain issue, we would change our design: For example, early on in Warlords, we changed Group Finder loot from Personal back to Need/Greed until we could iterate on Personal loot further, and the community overwhelmingly told us that was a dumb idea. The change was reverted within 2 days.”

He wrapped up his response by honing in on the value of tailoring different kinds of content to different groups, as opposed to just issuing one 'low common denominator' that lacks any real excitement, for anyone.

“If an awesome mount comes exclusively from PvP, the majority of players who don’t participate in PvP yet desire the mount would prefer that it were otherwise,” Hazzikostas explained. “If our goal were to please a majority, we would likely have to make a version of that mount also available through raiding, and one also available through outdoor questing and reputation, at the very least. But doing that would dilute the reward itself. Ultimately, the approach we take is usually to tailor different content and rewards that can feel special to different groups, rather than trying to come up with a lowest common denominator that isn’t special to anyone.”

This Unexpected, Notably Brilliant Mashup Brings Together Spongebob Squarepants and the Battlefield 1 Trailer
Comments - Click to show - Click to hide

27 Relationship Memes That Are Overflowing With Sarcasm

23 Nostalgic '90s Nuggets That Are 'Larger Than Life'

Scroll-Worthy Memes For The Bored Masses

Memes & Tweets To Aid In Escapism

Fifteen Dystopian Posts For People Who Want To Feel Weird

Freshly Harvested Tweets For For Your Scrolling Pleasure