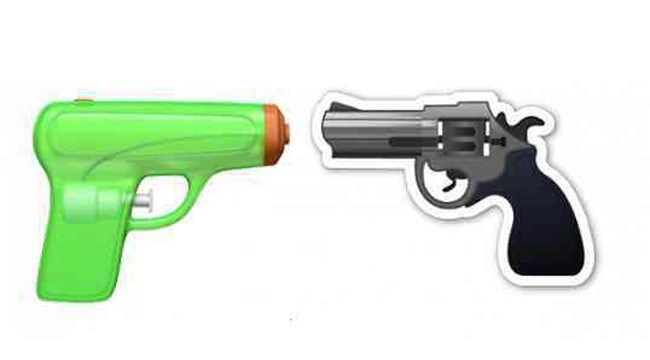 Apple is releasing a bunch of new emoji, many of them include women doing more things than getting their hair done or wearing a tiara. This should be good news to the lady denizens of the internet who have been asking for these emojis for... years, maybe?

But hey, if for some reason you're upset at all the new emojis for women, never fear. The dancing bunny gals got a gender parity emoji added as well: 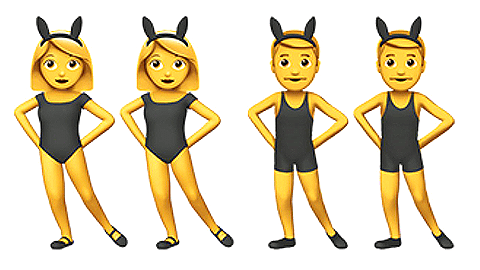 The real topic of controversy is actually centered around Apple's decision to totally remove guns from the line up. They've opted to replace it instead with an adorable, green squirt gun. Some people hate this decision, a lot: 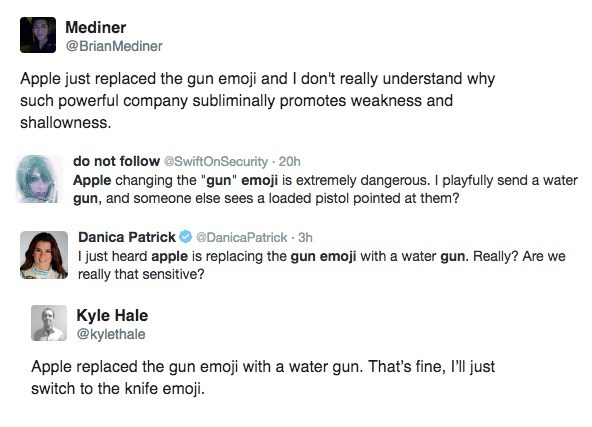 Others are a little more accepting or just don't care. 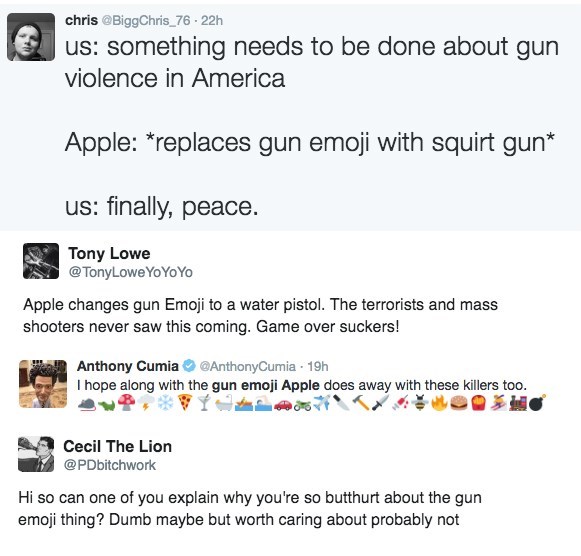 Okay, they mainly just don't care. Who's out there texting people pictures of guns anyway?

Did Your Friend Just Watch a Ted Talk? Know the Signs
Comments - Click to show - Click to hide

38 Amusing Memes For Quelling The Boredom

A Humble Offering Of Memes For Those Looking To Waste Time

32 People Who Shouldn't Be Allowed To Meme

A Random Assortment Of Hilarious Memes

26 Memes For People Who'd Rather Be Gaming