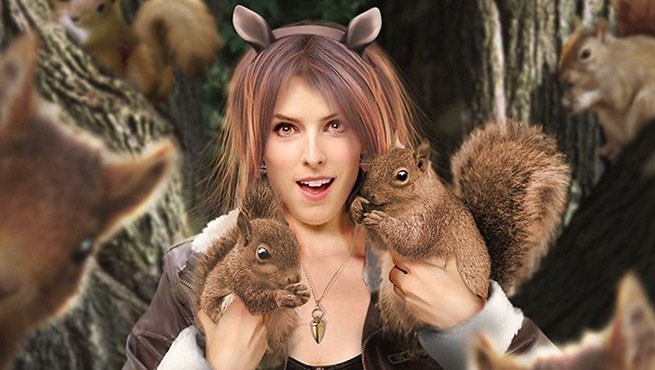 Even though Edgar Wright had an unfortunate splitting of ways with Marvel and left Ant-Man early, due to creative differences, he can't seem to help noticing how many actors he's worked with have gone on to star in Marvel movies-- examples being Chris Evans in Captain America and Brie Larson announced for Captain Marvel.

Wright took to Twitter to express his most recent support of Anna Kendrick for the role of Marvel's Squirrel Girl: 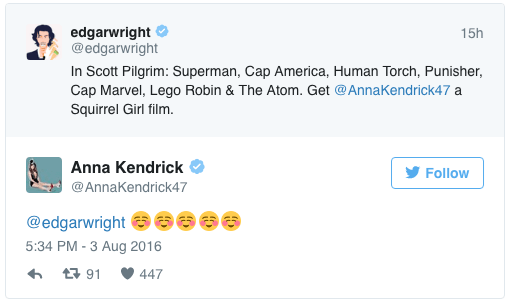 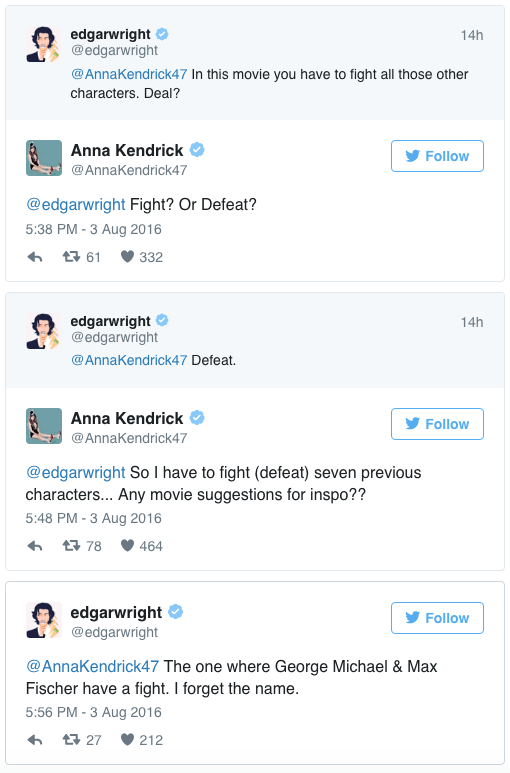 Why Did I Get Out of Bed?

10 Disney Characters Who Want to be the Very Best