Back to the Moon for Good 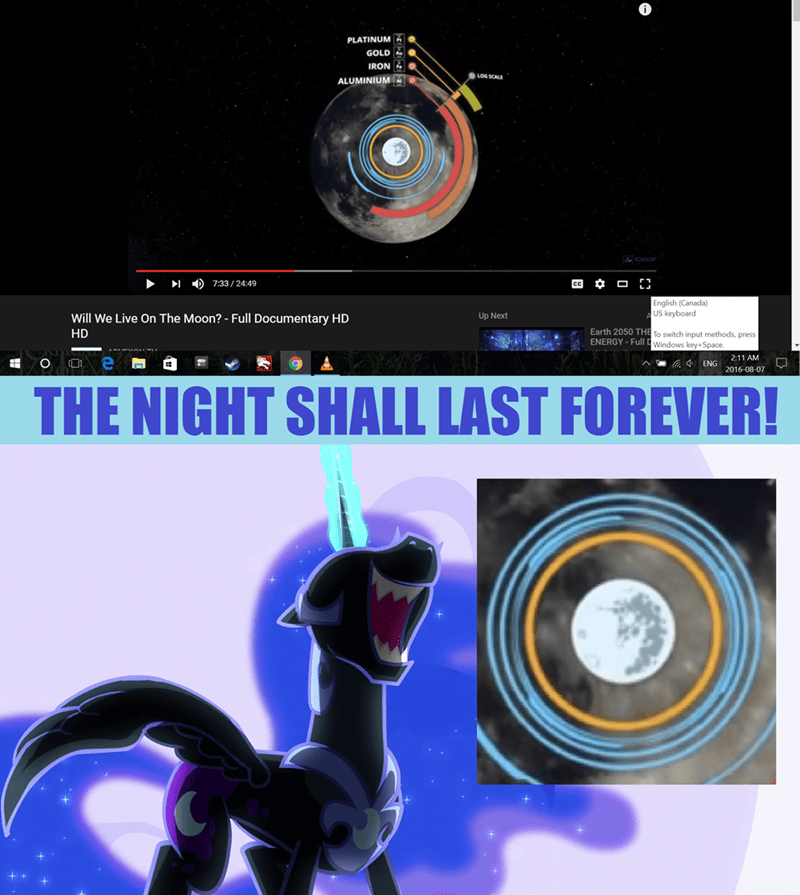 So pony-ivan on Tumblr found this. It's narrated by Tim Allen... Wow. So do you think they credited MLP with their moon graphic?

Context to be found at the source. A half-hour documentary about the possibility of living on the moon, funded by Google, and they used the MLP moon on one of their infographics.

How Applejack Won the War

Not Since the Accident

Remember Thinking Things Will Be Better This Year?

This Is Gonna Be a Surprise

You're Just Saying That, Gwenpool