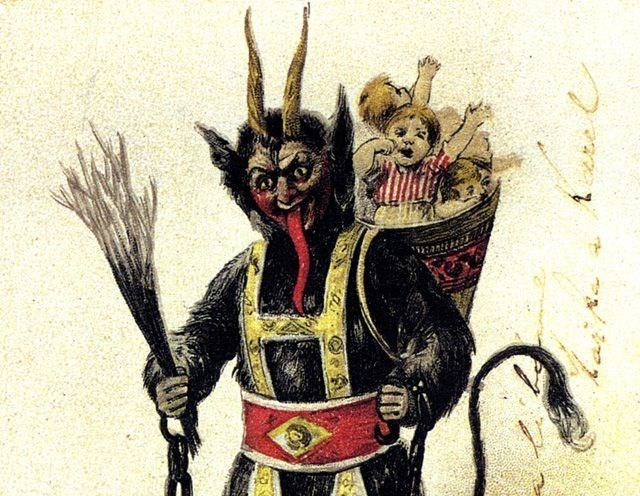 Via The AV Club
Repost
Recaption

It’s the most wonderful time of the year, when company Christmas parties begin springing up across the world. Who will have too much to drink and end up with a lampshade on their head? Probably you.

But that’s not really a huge problem in Austria because everyone’s afraid to leave their house? Why? What’s to be afraid of on Christmas? How about Krampus, the Austro-Bavaria Apliine folk-beast? Krampus is half goat, half demon, half party animal, and all evil.

Who would want to celebrate this kind of thing? Duh doi. The Austrians, who paraded Krampus costumes in the streets on Saturday for their annual Krampusnacht festival. Watch in horror as these anthropomorphic goat demons stalk the streets, threatening to beat bad children who will be praying for coal after a visit from this horned monster.

According to The Telegraph, “Thousands of people gather in Hollabrunn Market Square, Austria, to watch more than 120 Krampus impersonators take to the streets.”

Check out some terrifying footage of the festival. These costumes are amazing:

Whatever. This thing still isn’t scarier than Elf on a Shelf. Get outta here with that thing.