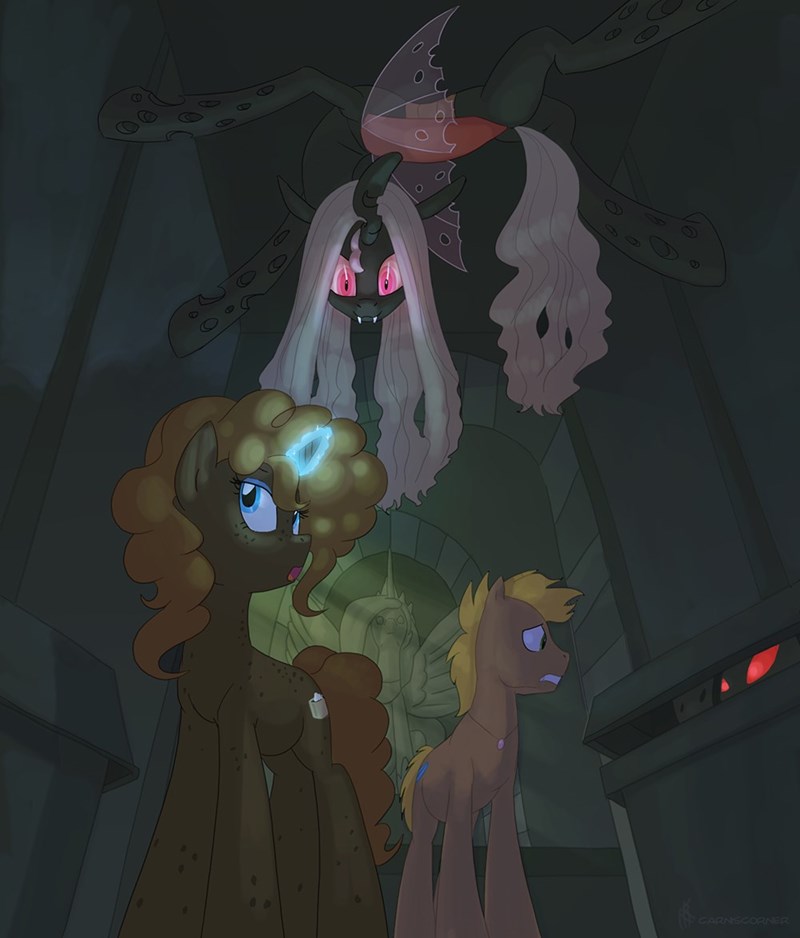 True to its name, the Necropolis Hive makes its home in old crypts and graveyards across Equestria. It is unknown whether there is a central hive location with different branches operating in other cities or whether the hive as a whole moves from city to city. In the rare case that a visitor enters hive territory, its members transform into ghostly apparitions or dangerous animals that could be native to the region to drive them off. As such, the only indications of its whereabouts are reports of graveyard hauntings. Such reports have appeared from all over Equestria, from Vanhoover to Baltimare. Despite this, clashes with other hives appear to be rare, as, despite being very territorial, the hive won't pursue trespassers much beyond their initial entering point. Locations touched by the hive appear not to be altered significantly, favouring the theory that they simply move from location to location as they see fit. In contrast to other hives it is therefore impossible to say just how big the Necropolis Hive is.