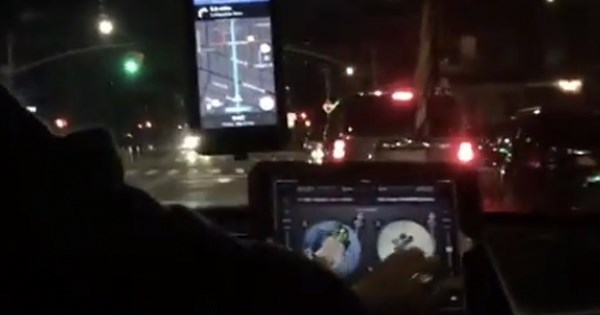 Uber is great if you need a side gig, but how do you marry the two worlds?

One Uber driver figured it out, when he brought his work to work with him.

Everyone: 2016 could not possibly get worse
Me: dies in a car crash while my Uber driver is literally DJing pic.twitter.com/bapZrGhLzP

Wow! What a hero. It's amazing that this ride-sharing company gives people the opportunity to follow their dreams and make a little money on the side.

@hotdoorknobs dude was playing some killer jams at least

Not everyone was digging it though:

@hotdoorknobs We've reached out to the account holder to address this. Please reach out to them directly for additional details.

But Uber drivers will not be stopped by the confines of their car. They must follow their dreams. For instance:

@hotdoorknobs I see your Uber DJ and raise you an Uber clarinetist. totally thought I wasn't making it to Christmas. pic.twitter.com/Ljat9dj8Nk

Fan Asks Kate Upton During Live Interview Whether Justin Verlander Prefers Sex Before or After Game, And She Actually Answers
Comments - Click to show - Click to hide

Property Manager Ends Up Being Terrible, Gets Canned