Indonesian police got an entire neighbourhood high (accidentally) after burning a 3.3-ton pile of cannabis just outside their office.

Residents around West Jakarta were all intoxicated after the fumes created a giant cloud of smoke which then dispersed around the local area.

Loads of people then reported to the police with headaches and feeling dizzy, not realising they were in fact high as a kite. 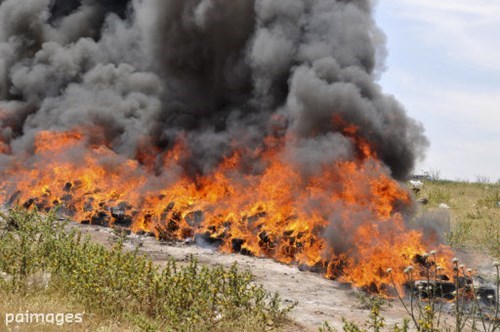 Americans And Brits Duke It Out On Tumblr