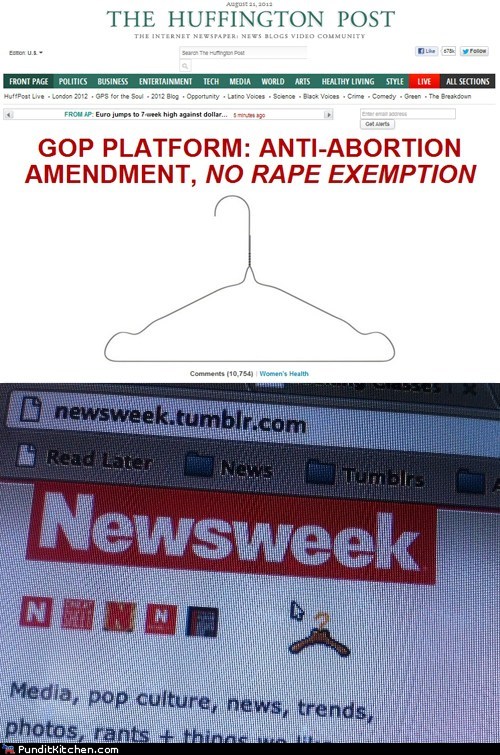 The Huffington Post used a coat hanger to illustrate their story about the GOP's anti-abortion platform. Newsweek's Tumblr page criticized the imagery and drew some criticism themselves from commenters supporting HuffPo's decision. In response, Newsweek changed the cursor on their page from the usual mustache to a wooden coat hanger. Which makes sense because... the person in charge of Newsweek's Tumblr doesn't know how jokes work?

Fight The Misery With These Wholesome Memes & Tweets

An Enjoyable Mix Of Memes For Nerds & Normies Alike

Sad & Cringeworthy Moments That Can't Be Taken Back

Out Of Context Gems From The Archives Of Twitter