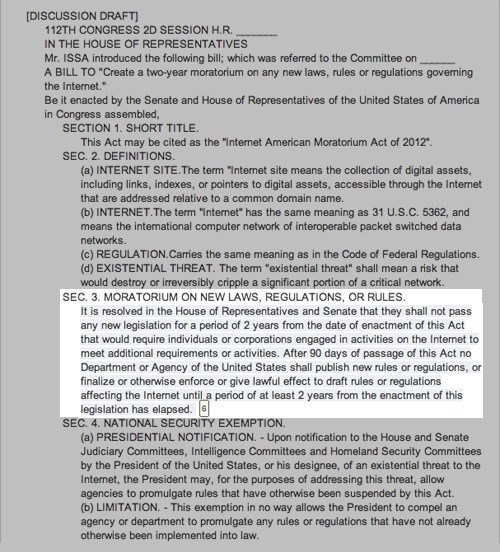 In following Californian congresswoman Zoe Lofgren's crowdsourced path to legislation, U.S. Representative Darrell Issa is asking for Reddit's help to draft a bill known as The Internet American Moratorium Act (IAMA), which would create a two-year halt on any new rules or regulations governing the Internet (see highlighted portion). For more info, check out the congressman's AMA (Ask Me Anything) discussion on Reddit, which will begin tomorrow on Wednesday, November 28, at 1030 a.m. (EST).