Cast Your Vote of the Day: The Next Flavor of Lay's Chips 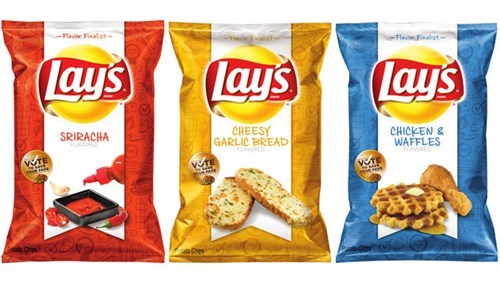 After three months and 3.8 million suggestions, the contest for the next Lay's potato chip flavor is down to three candidates: Cheesy Garlic Bread, Chicken and Waffles, and Sriracha. All three flavors will be available in the stores next week, although some Instagram photos suggest that a select group of stores put the new flavors out early.

Following a trial period of taste-testing, the last standing flavor will be put to vote in May on Facebook and Twitter and the person behind the winning proposal will earn $1 million dollars or one percent of the chip's 2013 sales, if they exceed that amount.

Posted by bradkim
and 4 more...

The Science of Love