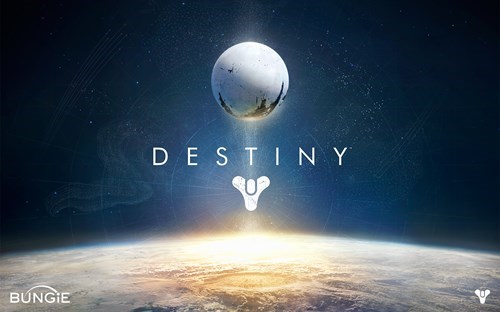 In an interview with Game Informer, design director Jason Jones discusses the single player experience in Destiny. He says,

You absolutely are going to be able to play Destiny by yourself and have the same kind of fun shooter-experience that you could have in a single-player campaign, which is a word that we've weeded out of our vocabulary, but we're going to give you this great player-progression on top of that, and we're going to give you as many opportunities as we possibly can to expose you to other people, so that hopefully you're drawn into some social experiences, because those are incredibly powerful and interesting, but we're not going to force those on you. We describe it in a lot of ways as sloping the floor towards socialization, without putting a requirement on it. I would say that there's some sort of – if you wanted to talk about it in MMO terms, you'd say "end-game activities", but some of the most intense non-competitive activities in the game do require cooperation. They require a group of players to tackle at once. I guess at some variable, distant endpoint we are going to say, "Yeah, if you show up at this door, and you don't have five friends, you're not going to be able to succeed," but the core experience that solo players have enjoyed in shooters, they're going to be able to get that, and we're going to pull many of them into social experiences as well.

If you're interested, you can read the rest of the interview here. Does the inclusion of instances that require a party of five chance how you feel about the game?