Dammit! These Kids Should Know Better 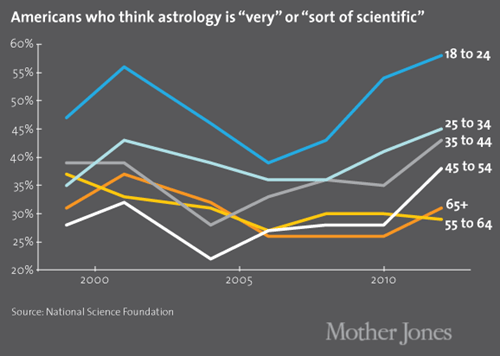 ccording to data from the National Science Foundation's just-released 2014 Science and Engineering Indicators study, Americans are moving in Perry's direction. In particular, the NSF reports that the percentage of Americans who think astrology is "not at all scientific" declined from 62 percent in 2010 to just 55 percent in 2012 (the last year for which data is available).

Tumblr Story: A Selfless Farmer With A Noble Heart

Tumblr Thread: A Deep Look At The Incredibles

"I'll Do It Myself" Moments in History

Most Severe Cases Of People Being Out Of Touch With Reality

Guy Keeps Parking on Property, So Owner Starts Charging Him