In Light of the Late Night News, the Wrong "Stephen Colbert" is Trending on Twitter 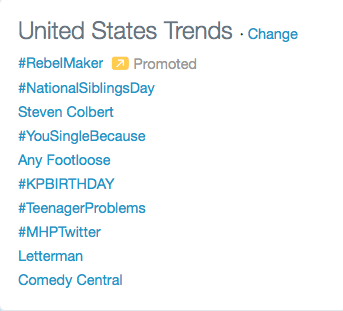 Following the announcement that Stephen Colbert would be stepping in for David Letterman after the latter's retirement in 2015, the internet is buzzing with talk about the Comedy Central pundit's takeover. Or rather, they're buzzing over some other person named Steven, not Stephen. Congratulations, Mr. Other Colbert!

The Dumbest Utterances People Have Heard

Creepiest Most Unexplainable Things That Happened To People