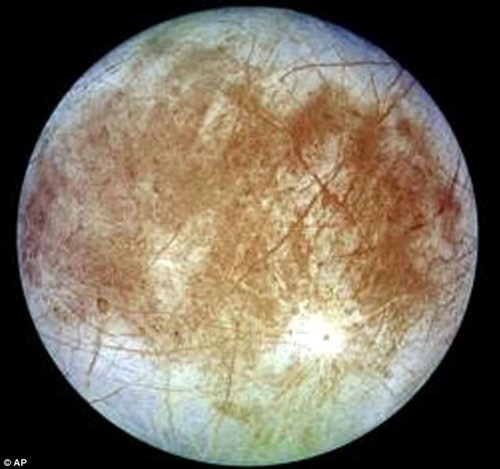 Astronomers believe the rough, icy surface of Jupiter's moon, Europa, is the most likely place in the solar system to harbour alien life.

Now Nasa has set aside £14.6 million ($25 million) to design probes that could reveal whether Europa is, in fact, habitable.

The agency yesterday asked scientists to come forward with potential experiments for a Europa probe that could be launched in the 2020s and arrive at the icy satellite within three years of take-off.

Prime Examples That Kids Are Dumb and Weird