The Witcher 3 is Getting a Card Game Component: Gwent 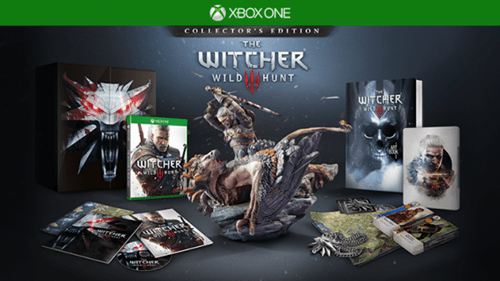 Via The Witcher
Repost
Recaption

Gwent is a tabletop card game that will be both incorporated into The Witcher 3 gameplay and available as a physical game, included in the collector's edition bundle.

Gwent is a fast-paced card game that can be played within The Witcher 3: Wild Hunt on every platform. Invented by dwarves and perfected over centuries of tavern table play, Gwent is a game of initial simplicity and ultimate depth, something beloved by both road-weary travelers during long nights around the campfire and elegant nobles looking to liven up dragging dinner parties. The game is about the clash of two armies locked in mortal struggle on a battlefield where the players are the leaders and the cards their forces. With four different factions offering unique combat styles and endless paths to victory, Gwent is every adventurer's first choice when it comes to one-on-one card-based dueling. Take risks and think on your feet, strategize and deliver cunning combos, use potent magic and mighty hero cards and be the last one standing on the field of honor!

Her New Dress Is Really Cute