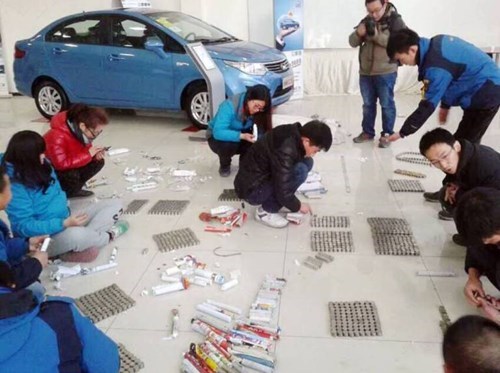 According to the salesman, the customer warned him about the currency he intended to use before placing the order, so he can’t really be annoyed.

‘He said he’ll pay in petty cash. I thought it was old and small notes, but never expected they are all in small denomination coins,’ he said.

Tumblr Thread On Bros Bonding Together To Use Brain Cells

Clever and Literal Jokes that are Technically Correct

Lazy People That Did Hard Jobs The Easiest Ways

Employee Robs Museum To Call Out Lack Of Security

Tumblr Thread: Trees Are Strange And Kind Of Scary