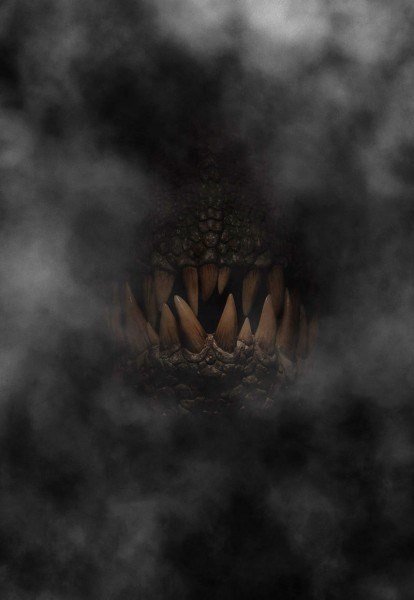 The official Jurassic World site has revealed more information about the dangerous dino we glimpsed in the trailer:

We set out to make Indominus the most fearsome dinosaur ever to be displayed at Jurassic World. The genetic engineers at our Hammond Creation Lab have more than delivered. At first glance, Indominus most closely resembles a T. Rex. But its distinctive head ornamentation and ultra-tough bony osteoderms can be traced from Theropods known as Abeliosaurs. Indominus’ horns have been placed above the eye orbit through genetic material hybridized from Carnotaurus, Majungasaurus, Rugops and Giganotosaurus. Fearsome indeed.

Indominus’ roar is estimated to reach 140-160db—the same as a 747 taking off and landing. And it can reach speeds of 30 mph…while confined to its enclosure. Come experience Indominus Rex for yourself beginning this summer. If you dare.

Better get the rap pack on the line, Pratt!

Let Me Tell You Something, Darling