The Title of the First Star Wars Standalone Film Has Been Revealed! 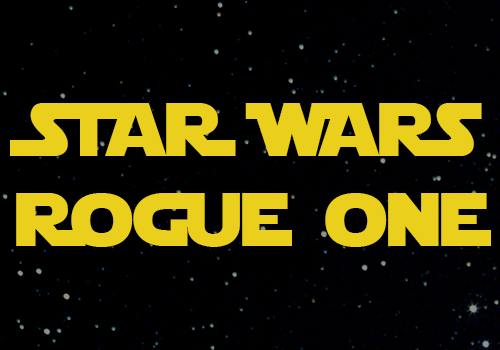 The first in what will probably be a long line of Disney's Star Wars spinoff films has a title: Star Wars: Rogue One

There's no official word on what the film is about, but based on that title, it's got to be about starfighters in the Rebel Alliance or New Republic (depending on when it's set).  Personally, I'm hoping it's Top Gun in space.

Felicity Jones (The Amazing Spider-Man 2, The Theory of Everything) has been cast in the film, which is being directed by Gareth Edwards (2014's Godzilla), and Written by Chris Weirz (Antz, The Golden Compass).  The film is set to be released on December 16, 2016.

Meanwhile, Rian Johnson (Looper) has been confirmed as the writer and director of Star Wars: Episode VIII, which will premiere on May 26, 2017.