Kill 49 Minutes By Watching This Dude Give His Cat 11,453 Stern Looks

This pales in comparison to how many stern looks every cat gives their owner, but still, it's something.

A few days ago Gus Johnson, crazy person, uploaded this picture of himself to the me irl subreddit: 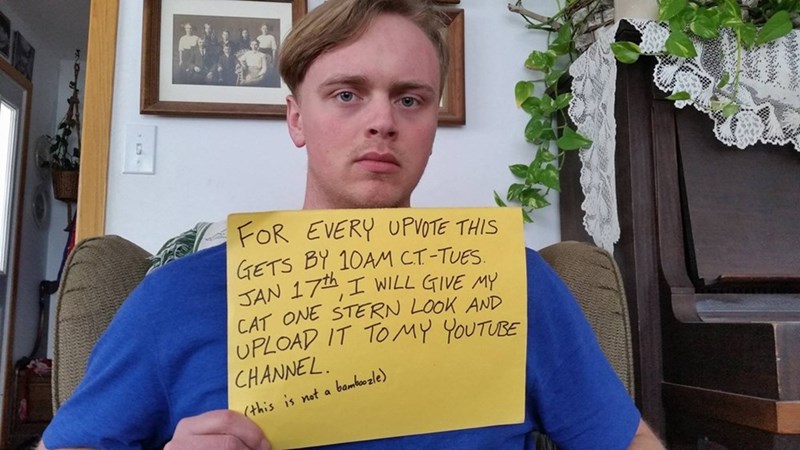 Gus ended up getting 11,453 up votes and must give his cat, Wendy, 11,453 stern looks, and all that before he gets his wisdom teeth taken out later that day. Sounds like a solid 24 hours.

Feel free to jump around a bit, especially when he loses the cat around 10,850. Considering how red his face gets, it looks like Gus should’ve stretched before starting this thing.

Man Doesn’t Know How to Use Ladder — Need I Say More?
Comments - Click to show - Click to hide

Entitled People with Their Absurd Audacity

Proof That Kids are Weird and Dumb