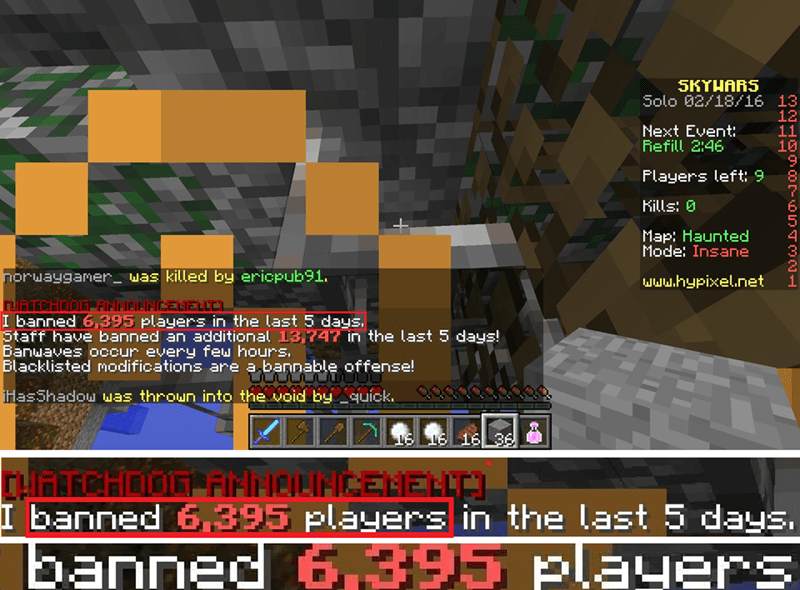 By LocoGuy107 (Via hypixel)
Repost
Recaption

Watchdog is a system which, according to Hypixel, "...detects a user cheating, [and] adds them to a queue known as a Banwave. Banwaves happen manually by us - and we ban multiple users at a time. The reason why we do this - is so that the hackers will find it harder to know which particular hack they were caught for. Things which alter how you sprint, jump, etc are all being detected as cheats by Watchdog, because they are altering how you send data to the server." Watchdog has already been out for a while, but so far, it doesn't give permanent bans. Be warned though, if you don't get perma-banned, the system also wipes all of your stats, so if you worked hard to get your epic Skywars KDR, you better not hack, or you'll be pushed back to 'Noob' territory. Full information about this awesome anti-cheat system is in the Via link. Personally, I think every server should have this system.

38 Amusing Memes For Quelling The Boredom