A Valedictorian Faced Massive Backlash After Tweeting Her Undocumented Status 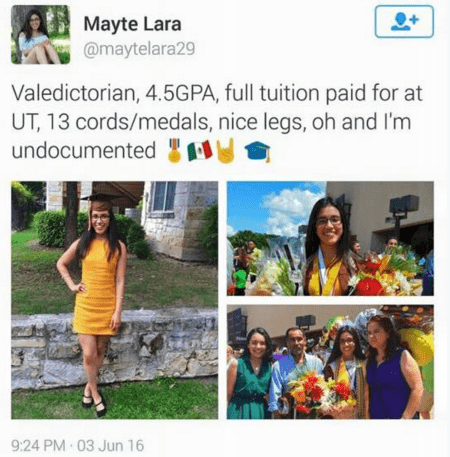 Mayte Lara graduated at the top of her class, as you can tell by her Tweet, but letting the world know that she was in the US illegally was probably not the smartest idea. Some people have voiced their support for Mayte, and say that she is a good example of a hardworking person who is working to better themselves, unlike the stereotypes of undocumented immigrants that people like Donald Trump have been spouting in the current election season. That didn't stop the fact that she got so much backlash on Twitter that she had to close her account. Some of the Tweets looked like this terrible Donald Trump meme: 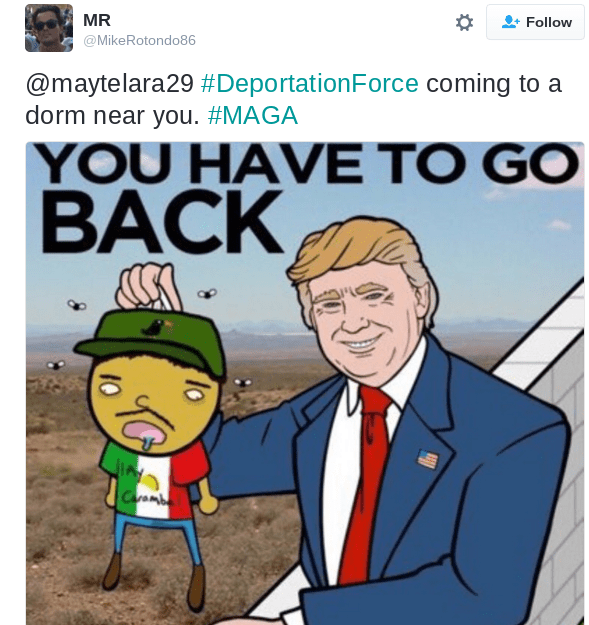 Some people even reported her to the government. 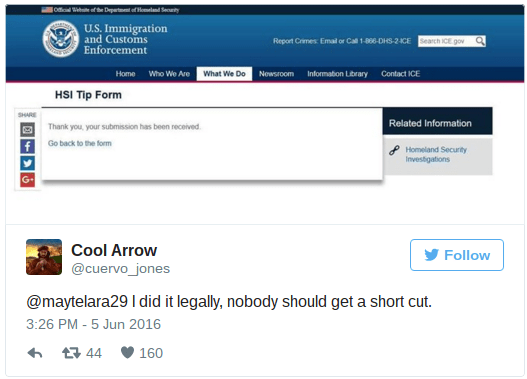 Teen Suspended for Trolling His Superintendent on Twitter Goes Viral

Oops of the Day: Did Someone Reveal the Secret Recipe for KFC?!!