Addition of the Day: Japanese Bathrooms Now Have Sanitary Wipes for Cleaning Your Smartphone 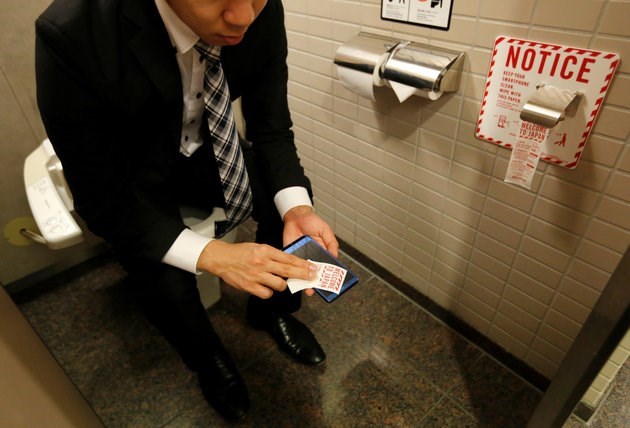 Japan might be about 14 hours ahead of New York, but sometimes it feels like the whole country is light years ahead of the world.

Bathrooms at Tokyo Narita International Airport now come equipped with wipes for your smartphone because those things are disgusting and, man, you need to clean it. Why are we just doing this now?

The company that installed them, NTT Docomo, Japan’s largest telecommunications company, said the wipes will be available until March 15, at which point you’ll be forced to clean your phone on your own time and hopefully not get sick. After all, “cell phones carry 10 times more bacteria than most toilet seats” — a man in Uganda even contracted Ebola after stealing one, according to Live Science.

NTT Docomo also provided a handy how-to video for using Japanese toilets and information about the wipes, which also include helpful information, like WiFi passwords. Sanitary, informative, and efficient, these wipes are what 2017 are all about. So remember, if someone asks how often you should clean your phone, respond “as often as possible” because you now have no excuse.

Prank of the Day: Someone Changed the Hollywood Sign to "Hollyweed," Knows How to Start a Year