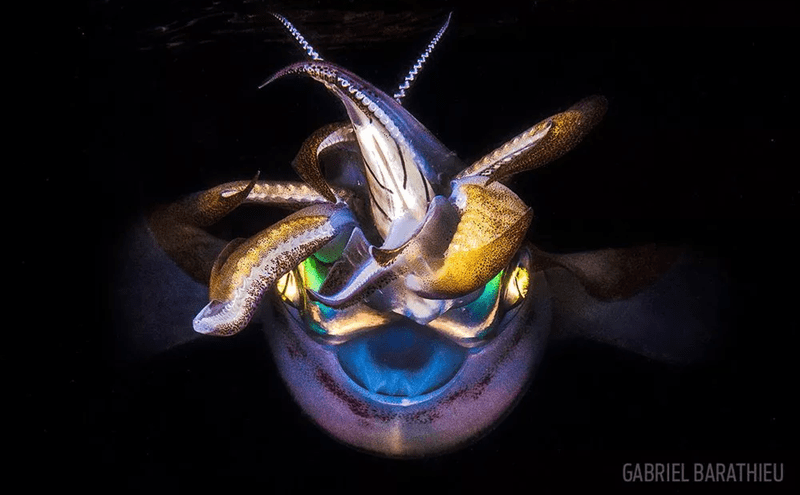 "I took this photo during a solo dive in the middle of the night. For a long time, I had wanted to photograph a squid at night. I was swimming in a lagoon on Mayotte, a small French island near Madagascar, for only two minutes before I came face to face with this squid. I immediately saw that it had a small fish between its tentacles. It was a perfect subject for me because it did not move. I was also able to take some pictures while playing with its surface reflection. A squid with a mouthful ... bon appétit."

Dad Passes Away, Kid Discovers His Notebook, The Feels Ensue