Dank memes are basically just stale memes that have started to decompose, but users with a refined palate are able to appreciate those nuances of humor. Even if you have to brush a little dust of their shoulders, these memes still carry a glint of their former star power. Sometimes that's all you need. True meme connoisseurs can only appreciate the fine subtleties of a well-aged dank meme, so don't be discouraged, the deeper you go down the rabbit hole, the more everything will become clear..

As another terrible Monday comes to a close, and the world continues to burn around us, it's important to make some time for some guilt-free pleasure. This gallery of amusing memes and shitposts may not fix your problems (or the problems of society) but they may give you a nice temporary increase in serotonin. And that counts for something. 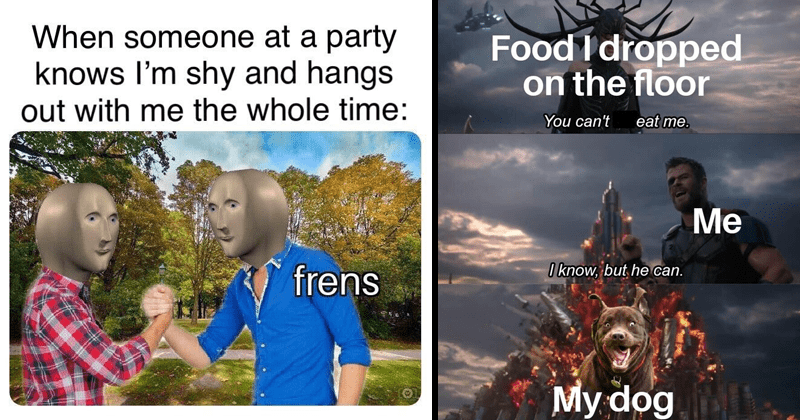 This weekend we witnessed a surprising influx of memes about cake. Pretty much all of Twitter seemed like conspiracy theorists who, instead of believing the earth is flat, suggest that the entire world is cake. The reason for these memes? A perplexing video from Buzzfeed's recipe site, Tasty. The tweet, despite its boring title ("These Are All Cakes"), caused a ruckus for its repeated depiction of fondant-heavy cakes that look like everyday objects. A toilet paper roll cake and Croc cake have received  the most attention.

While many people were quick to call out how awful the cakes look, most Twitter users decided to make jokes about a dystopian world made of dessert. And as you can imagine, the viral video has inspired a whole lot of referential memes. Here are our favorites. 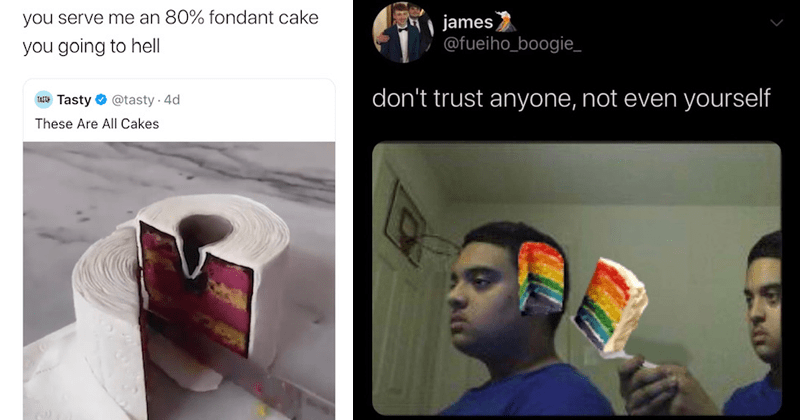 We're not going to even pretend to have physics knowledge beyond what we "learned" in high school. But we know some of you have bigger and more efficient brains than ours. These memes might appeal to you. 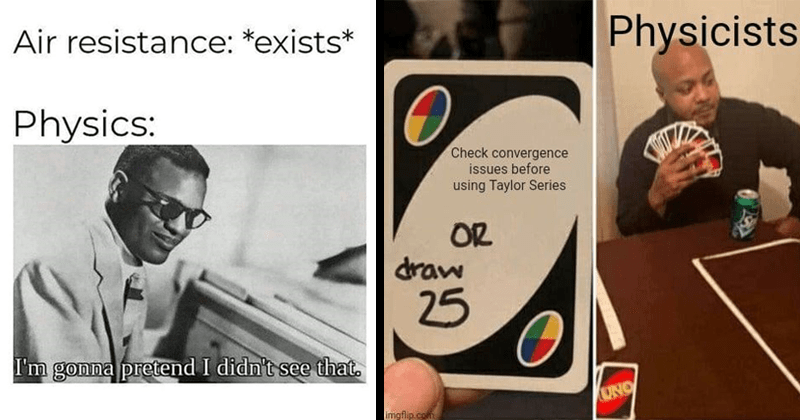 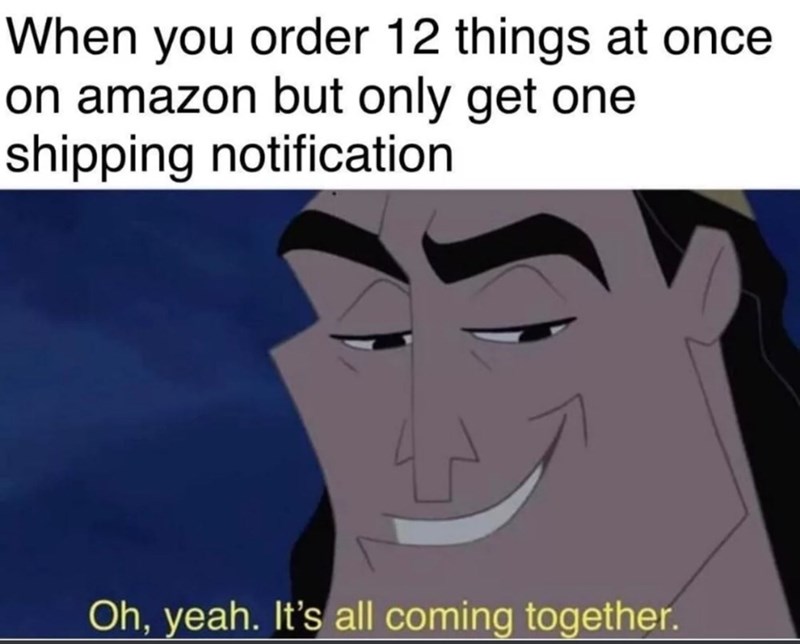 Christian Memes For Your Day Of Worship

While these memes are about Christianity and the ol' bible, you don't have to worship Jesus to enjoy 'em. Anyone who is involved with institutionalized religion knows there's much to laugh about. And what better way to poke fun at religion than with funny Christian memes for zealots and atheists alike? 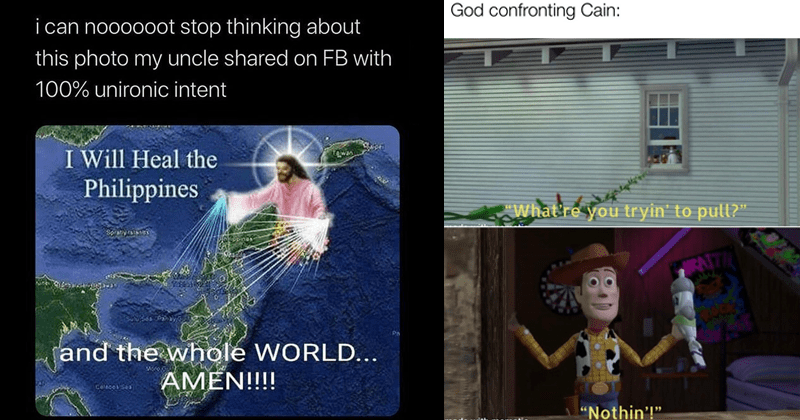 Sometimes we're all just in the mood for a good old punny dad joke. You know, the kind that makes you roll your eyes all the way into the back of your head. These Twitter memes featuring a terrible pun above an image of Spongebob running away are perfect for that. 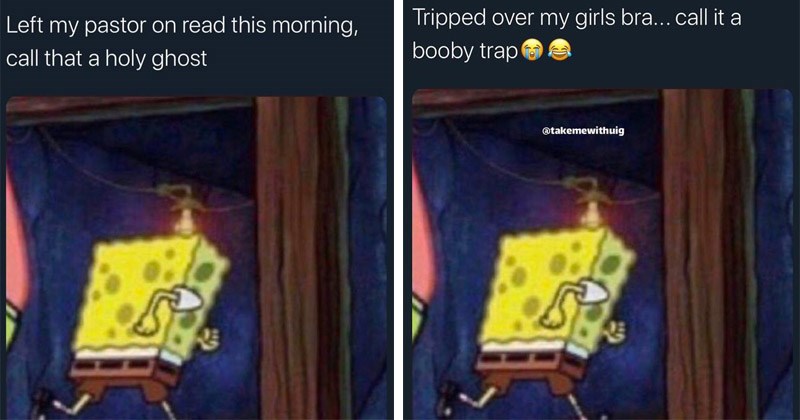 Memes To Add Minor Pleasure To Your Miserable Life 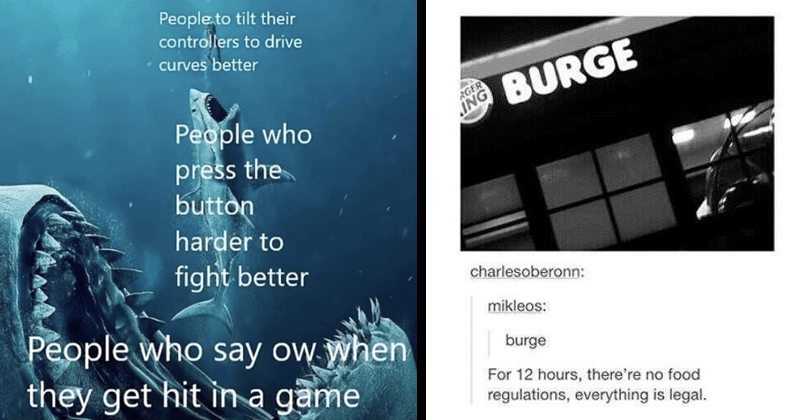 Exquisitely Cringey Pics To Marvel And Wince At

When the world goes to sh*t, sometimes you need a reminder that things could be worse. And these insanely cringey pics and posts are guaranteed to do the trick. Even though the universe feels like it's being destroyed, at least you're not one of these terrible people. 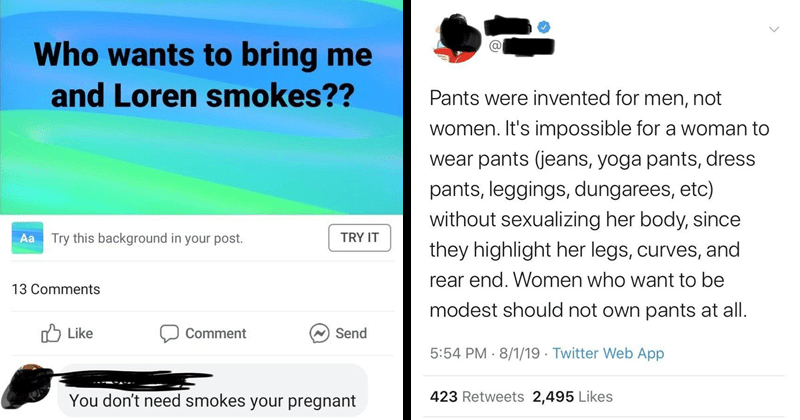 Educational Roundup Of Memes For The Socially Distant Student

Not a soul knows when schools will operate in-person again, so we thought we'd deliver you the next best thing to real education: educational memes. Okay, so admittedly they won't come anywhere close to the school experience, but at least they're more entertaining than school? Sure, we'll go with that. 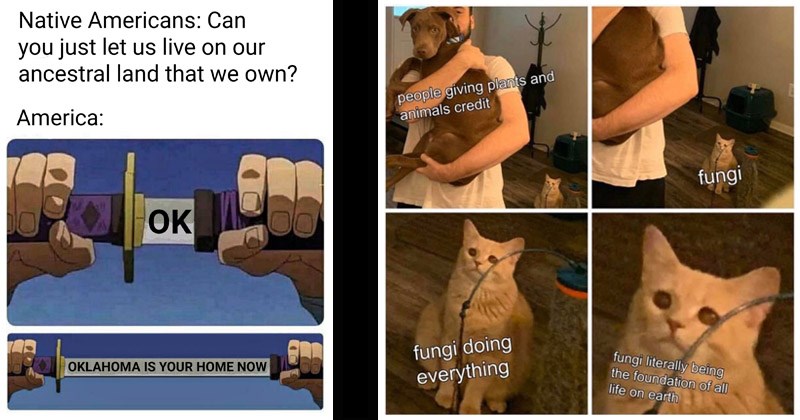 It seems like right now everyone's on that DNA-testing kick to find out exactly where their ancestors really came from. While the results can certainly be super interesting, there's always that one white guy who can't wait to tell absolutely everyone that he's .0003% African.

And finally, we know that stereotypes generally aren't cool, but we like to think of these memes more as making fun of people like that guy. You're still white, buddy. 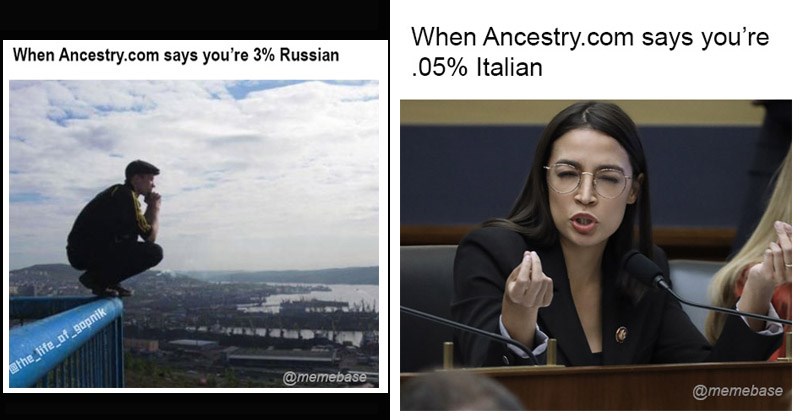 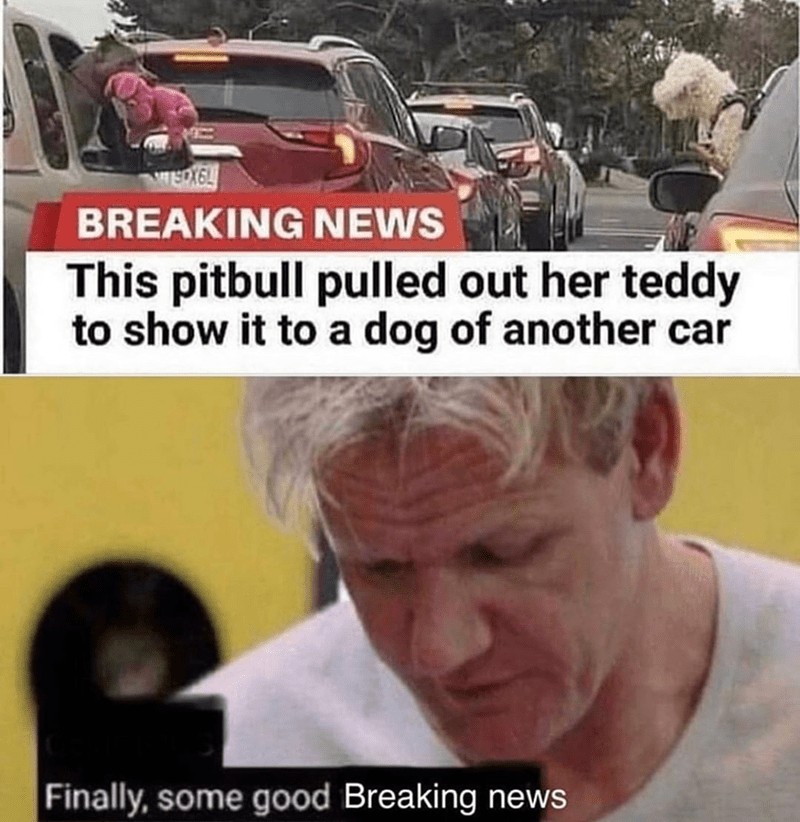 This is the news that we deserve.

'Invest Button' Memes Are For People Who Have Brainy Ideas

This dank meme features Canadian businessman and Shark Tank personality Robert Herjavec pressing a button that says "invest." It's being used as an entrepreneurial update to the "Nut Button" meme that we all love so dearly. Here are some of our favorites. 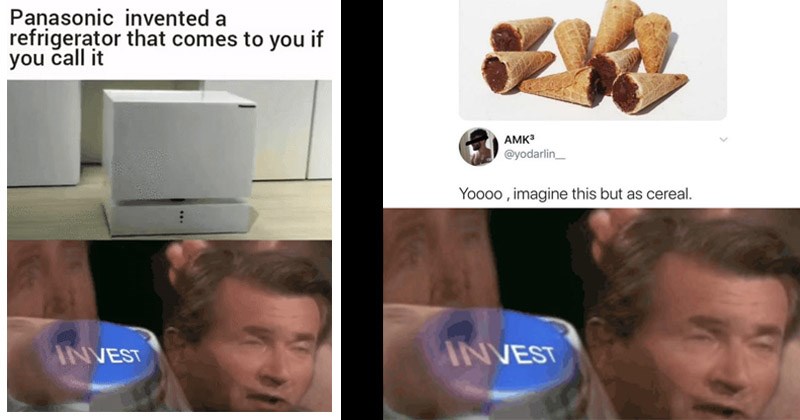 Thirty-Two Memes & Tweets Just For The Hell Of It

We don't believe you need excuses to mindlessly scroll through memes. But the fact that it's Saturday and the world seems to be ending seem like damn good reasons to turn your brain off for a while and indulge. And these memes right here should help you do just that. 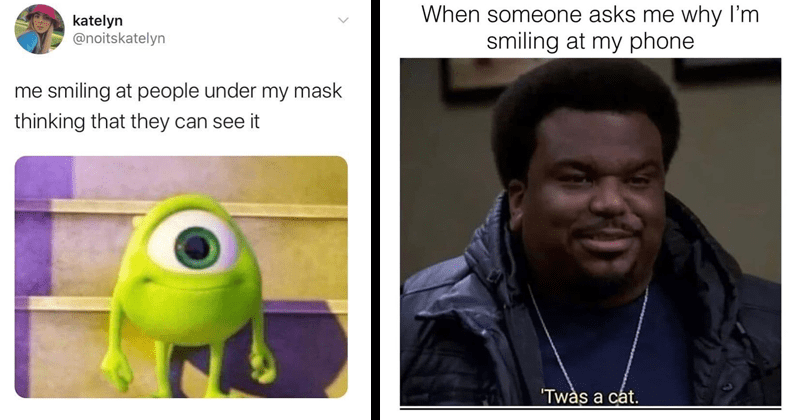 Dungeons & Dragons Memes For Anyone Who Wants Them

If you're in lockdown and craving some Dungeons & Dragons action, this gallery might help you out. It's filled with nerdy comics, memes, and Tumblr posts that any D&D fan will relate to. 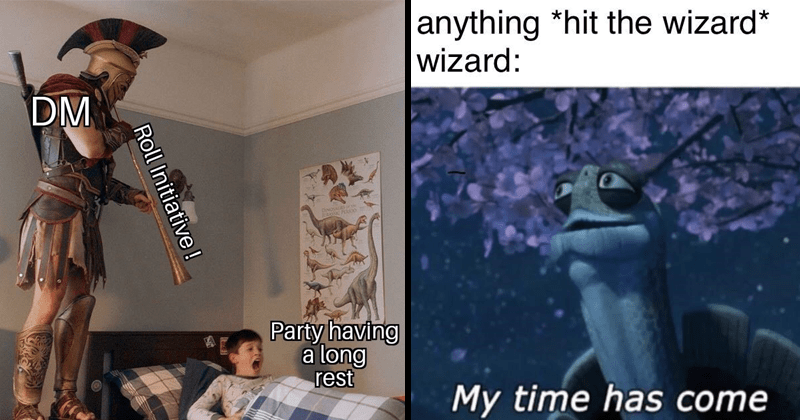 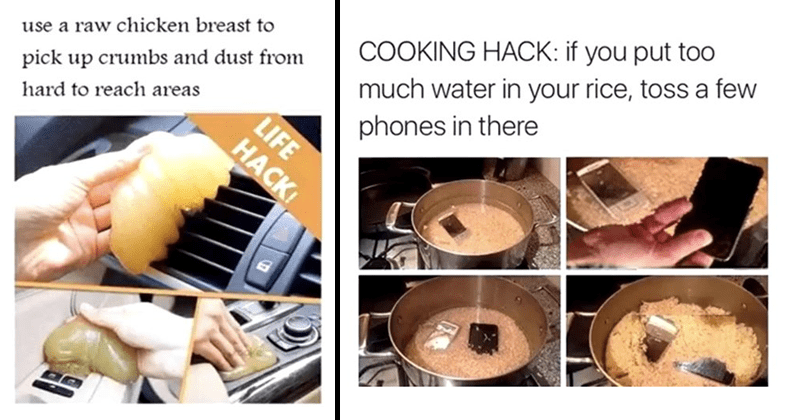 Solid Mix Of History Memes For People Who Like Learnin'

These memes are for people who like ancient history, 20th century history, and everything in between. If you're a history buff then we're pretty sure you'll find something to laugh at. But if you like content that's a little more specialized, we've got you covered with some ancient history memes! 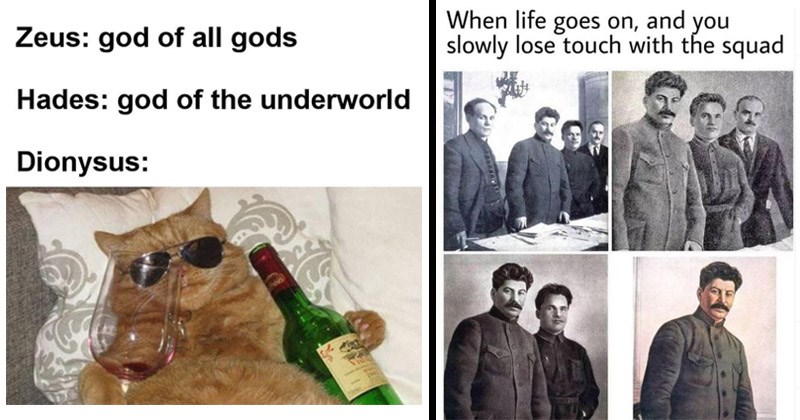 Skillfully Unprofessional "Not My Job" Moments