Featured below are some of his best works, but if you really would like to support his work, get his book on Amazon. 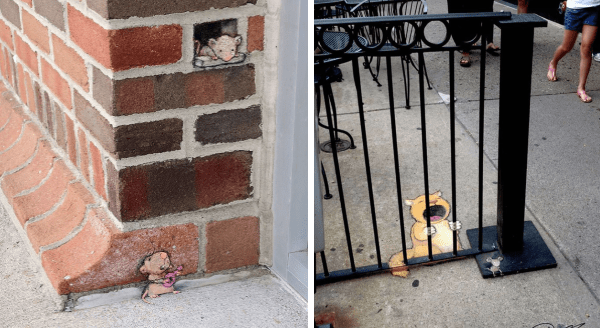 Andoni Bastarrika is a self-taught, Spanish street artist who has been creating the most incredible and realistic sand sculptures for the past ten years. Bastarrika works anywhere between six to twelve hours creating each sculpture and uses between 1,100 lb and 3,300 lb of sand for each one. Once they are complete, he leaves them to be enjoyed by the public before the wind takes them away. From animals to mermaids, Bastarrika's sculptures are mesmerizing and intricate and you can enjoy a selection of them below. 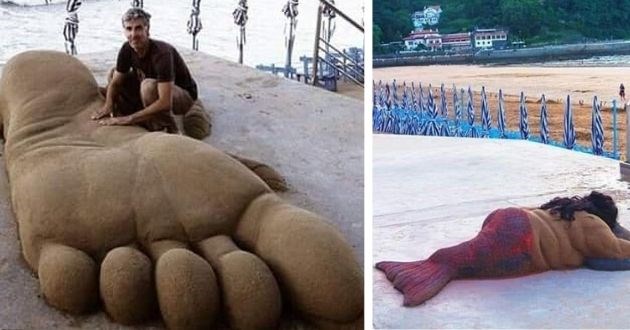 Bright And Colorful Pictures Of New Yorkers From Behind

New York From Behind is the Instagram account documenting all of the quirky and creatively dressed fashionistas of NYC but from behind. No faces, only heads, backs, and butts. Cast your minds back to less than a month ago when New Yorkers (and the rest of the world) were able to roam around freely, where people had the opportunity to show off their somewhat questionable fashion taste to the world. This account reminds of happier days, where we were able to get close enough to each other to take pictures of such things. Here is a selection of some of NYC's most fashionable and boldly dressed individuals. 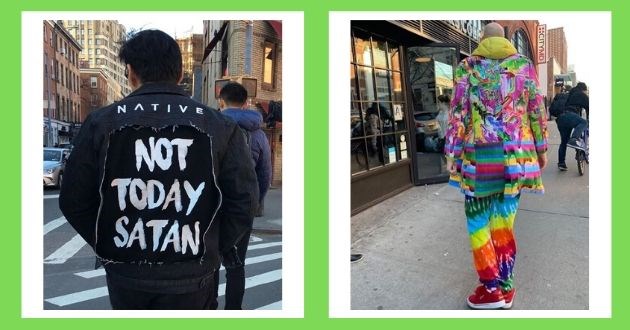 Many artists are fascinated and inspired by cats, as you can see from these pieces of street art from all around the world. This cat-themed street art will definitely grab your attention. 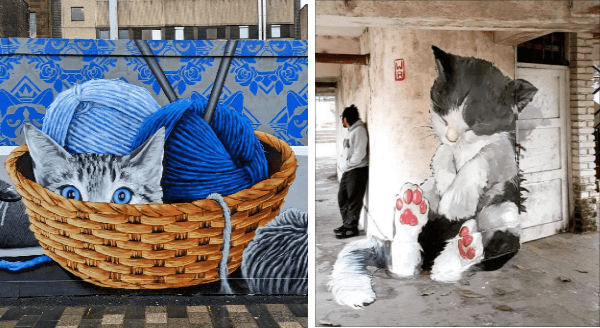 World Cow is a dream where everyone in the world puts aside their differences and works together towards a brighter future.

In the beginning, Vermont artist DJ Barry and his wife, Cindy, were taking a scenic ride in Vermont when they came across a beautiful Holstein cow grazing by the side of the road. They stopped for a photo, which later inspired Cows For A Cause; a fundraiser for local nonprofits. 50%-100% of all artwork sales were donated to charity.

World Cow evolved from Cows For A Cause. The spots became the map of the world:" By doing our part to make the world a better place, we're creating a culture that promotes kindness and paying it forward", it says on their home page.

Here are some of world cows. What a lovely idea! 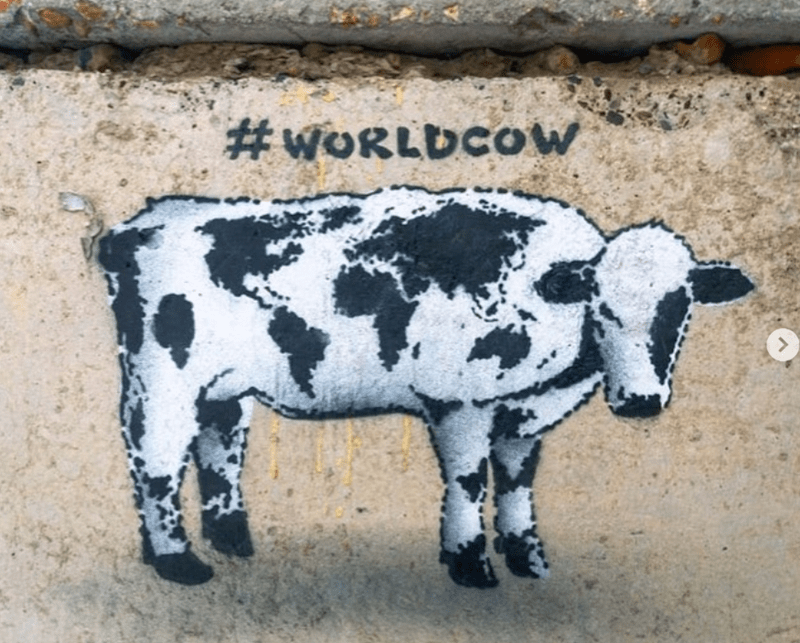 If you happen to find yourself wandering around Manchester, New Hampshire with some time to kill, you've got to check out Cat Alley! Previously known as "Dean Court," the little side street leading to the public library in Manchester is an open-air gallery for kitty-themed street art. 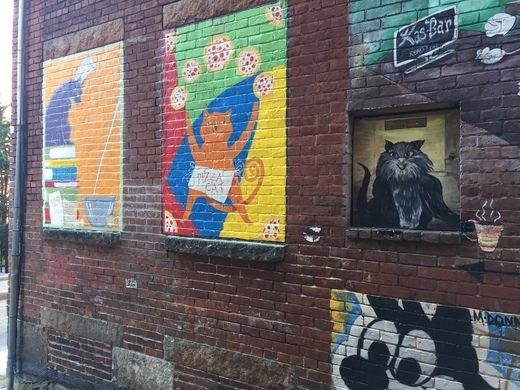 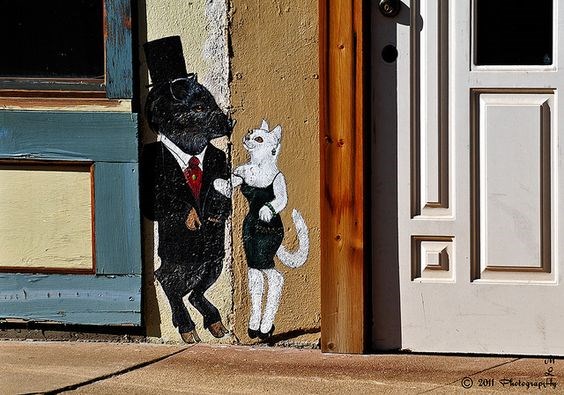 Photographer Captures Beautiful Every Day Moments Of The Urban Deer In The Streets Of Nara, Japan

The Sika deer In Nara, Japan are not restricted to forests or parks, but rather mingle in the urban center much like humans. Although viewed as a burden sometimes, the deer population is Nara is sacred and protected by law. A Japanese Photograoherr Yoko Ishii, captures the deer in everyday moments across the city, from collectively passing down a major street, to pausing to feed their young below a stoplight.

Ishii was inspired to photograph the ways the animals interact with common city infrastructure after observing a pair of deer paused at an intersection in 2011, and especially loves photographing them while the city is at its most bare. "These picturesque moments when early in the morning the deer can be found standing in the middle of desolate intersections, not bound by man's borders and laws, yet inhabiting a man-made city is fascinating and inspiring," she explains in a statement about her ongoing series, "Beyond The Borders".

Ishii published a book of her photography titled Dear Deer in 2015, and will be included in this year's Auckland Festival of Photography in New Zealand later on this year. You can see more of her recent work on her website and Facebook. 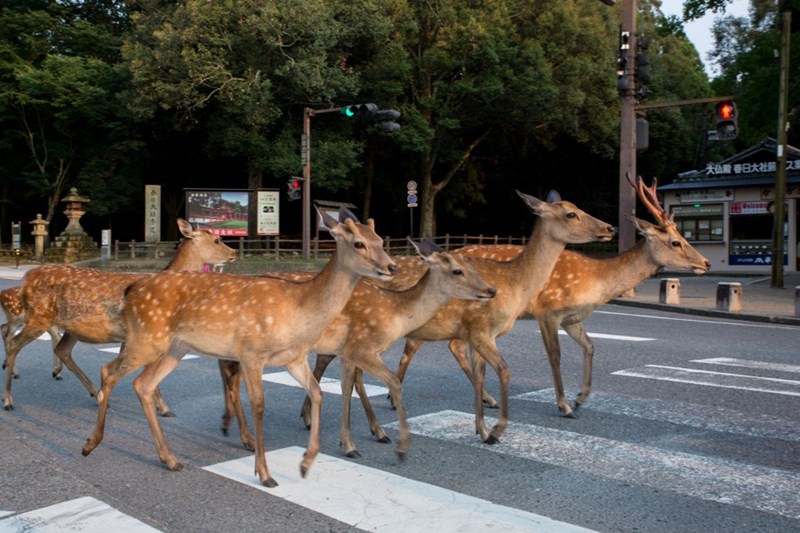 Raj Sarkar is a Street Photographer and Educator. He is the founder of World Photographic Forum, Curator of APF magazine Street Photography and also a member of street photography collective called in-street. He loves exploring possibilities on street. His main object is to Freeze the emotions and actions of people and animals. Via: 121 Clicks 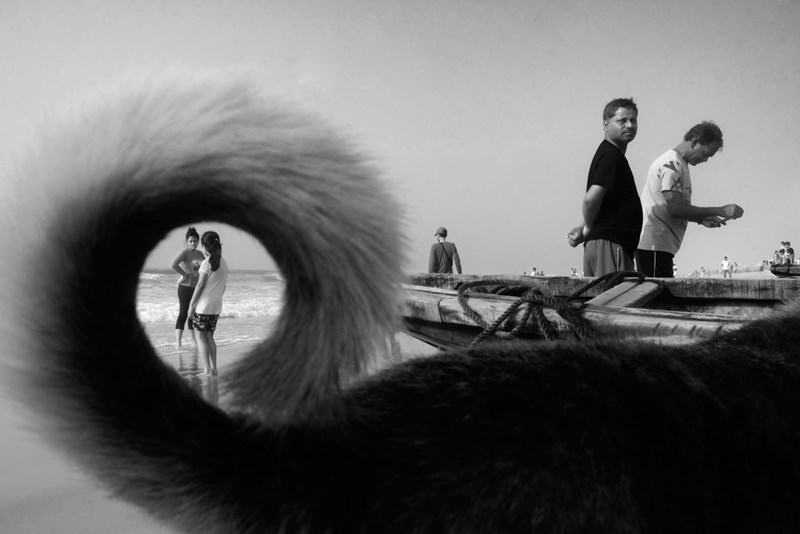 Welcome to the Michael Pederson's Miniature World Of The Unexpected. 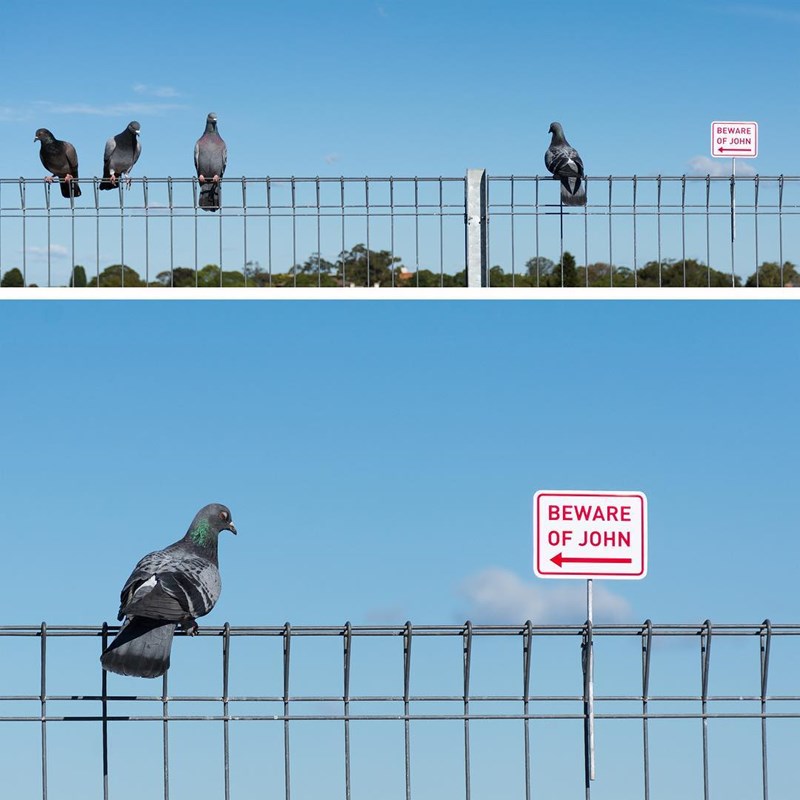 OaKoAk is a street artist hailing from Saint Etienne, France, who transforms mundane objects using cleverly placed, humorous doodles. Oakoak finds the imperfections in the streets or on the walls and plays with them. Here is a selection of his work using animal doodles. 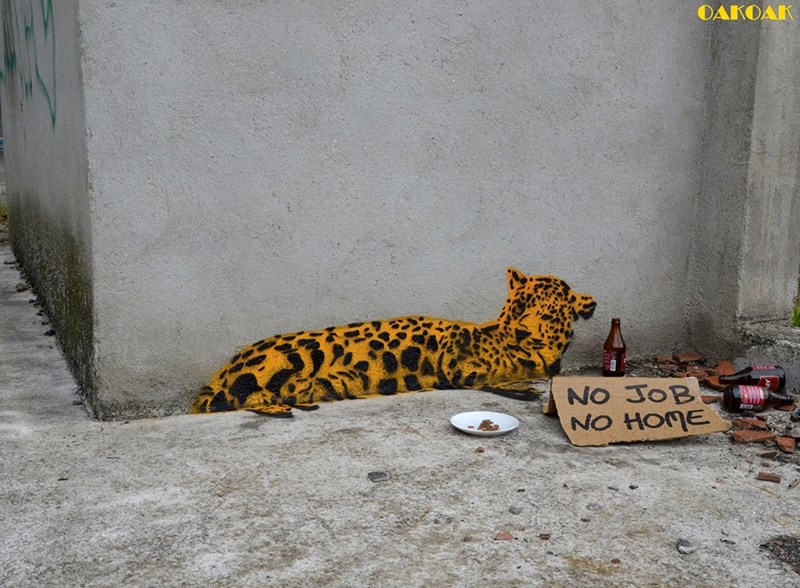 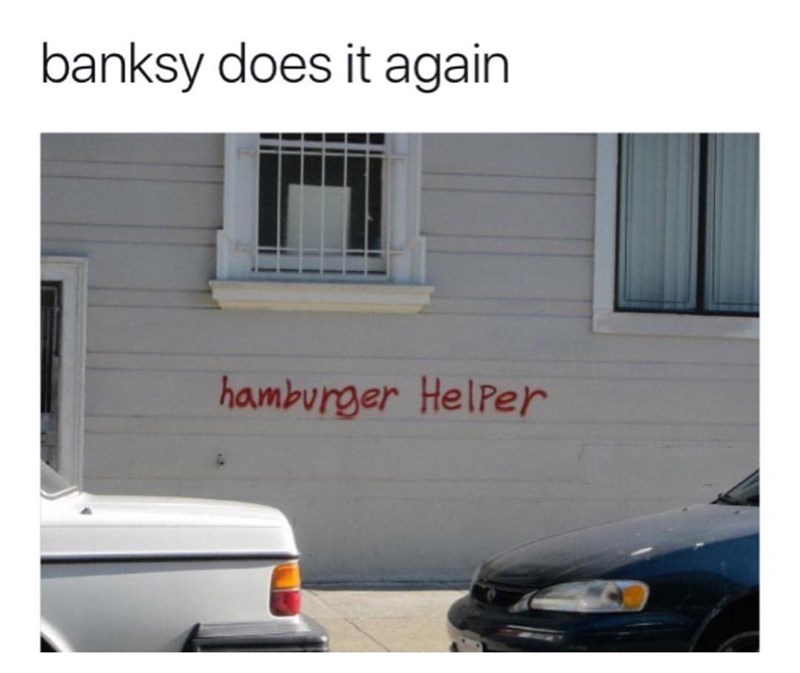 We wish we had come up with these ideas ourselves! 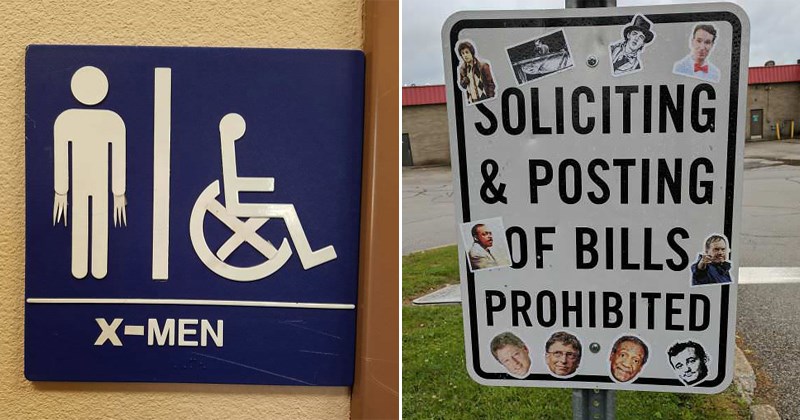 Street artist, Igor Dobrowolski, mixes in this powerful project,Christmas photos with images of the humanitarian crisis in Yemen, to remind us that children there are living a real hell and to raise public awareness to this conflict. One child dies every 10 minutes in Yemen, and during the conflict, at least 4,600 civilians were killed, more than 8,000 civilians were injured, and more than 1,200 children were killed. More information about the project on Igor Dobrowolski's Facebook page. 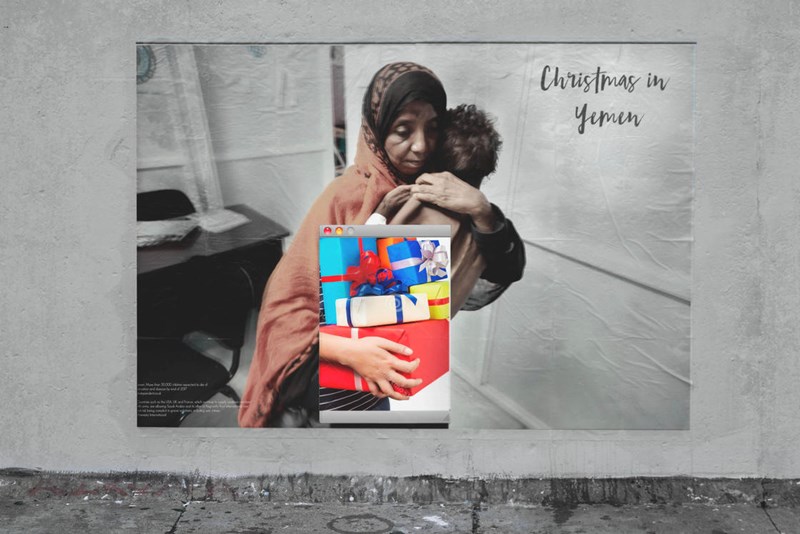 This Artist Built More Than 3,500 Birdhouses On The Streets Of Copenhagen

With his Happy City Birds project, the street artist and designer Thomas Dambo has built more than 3,500 birdhouses on the streets of Copenhagen. Started in 2006, this project aims to fight the disappearance of trees by recreating habitats for birds with beautiful decorated urban trees. These Urban Bird Houses are made from recycled wood and then installed by Thomas Dambo in the streets, parks, or facades of Copenhagen. A useful and poetic project! I just love it. vIA: Ufunk 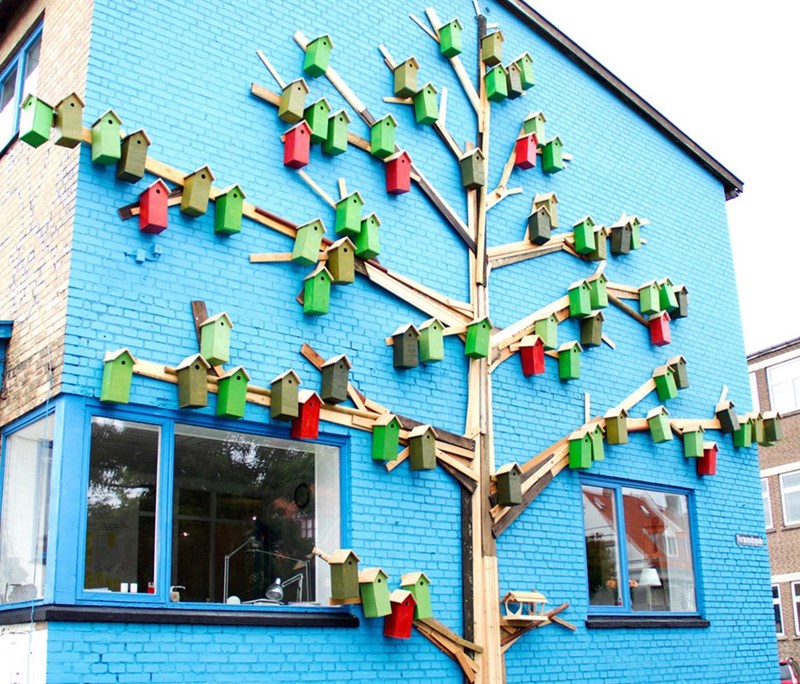