I Has A Hotdog Channels

I Has A Hotdog
Favorite 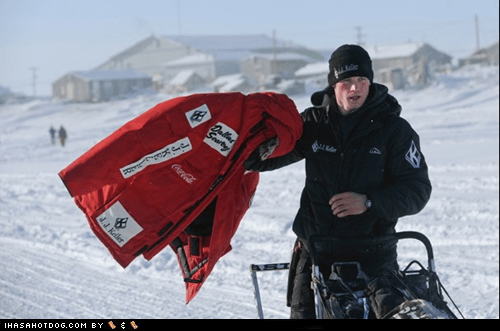 25 year old Dallas Seavey and his team are the 2012 Iditarod Dog Sled Champions! Seavey crossed the finish line in Nome with a team of nine dogs and captured first place just before 8:30p.m. PST, setting an Iditarod record for being the youngest musher to ever win the race.

A native of Wasilla, AK, Dallas Seavey moved to Alaska at the age of five from Colorado and was a top ranked wrestler before turning his attention to dog sledding after graduating high school.

Aily Zirkle put up a great fight, and is only five miles out of Nome at the moment, with Ramey Smyth only ten miles out and closing in fast. The battle for second place is heating up, with Aaron Burmeister likely taking fourth place.

Congratulations Dallas! Give your doggies some steak tonight to celebrate! They've earned it!

Posted by ichc.brian
and 1 more...

If I Fits, I sits: The Feline Adventure Continues

If I Fits, I sits: The Feline Adventure Continues