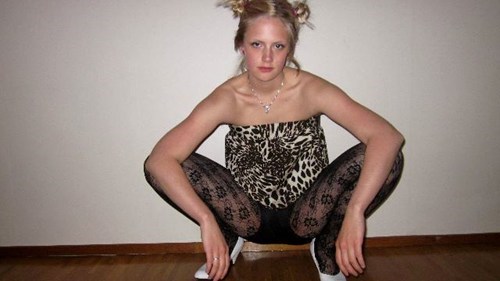 It was only a matter of time before Sweden's democratic experiment of a Twitter account, @Sweden, imploded into a PR nightmare -- a different citizen takes over the handle every week, with very little oversight (or apparently, vetting) from the Swedish government.

This week's empowered Swede is Sonja, a single mom who took advantage of her kids' nap time today to ask @Sweden's followers:

"Whats the fuzz with jews. You can't even see if a person is a jew, unless you see their penises, and even if you do, you can't be sure!?"

Naturally, her ignorance of history, social graces, and the fact that she currently represents an entire country has garnered all kinds of criticism -- and unfortunately, prompted further follow-up tweets from the clueless 27-year-old, culminating with this gem: "The question seems to be sensitive and complicated. And a little bit…..… infected. So…. yes. See you later, I have stuff to do!"

VisitSweden, the company in charge of the account, says Sonja's tweets won't be deleted. According to the social media manager: "We are laying a puzzle showing a multifaceted and genuine image of Sweden. One piece at a time — curator by curator, tweet by tweet. We focus on the big picture and not on any single tweet."

POTUS Pic of the Day