Retro Future of the Day: This Might be the World's First Photographed Selfie 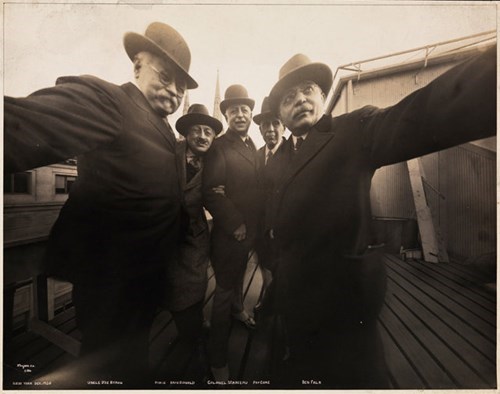 This shot of five photographers (remember when that was a profession that only a few could enter?) on a New York City rooftop in 1920 might be the earliest instance we have of what would be considered a modern selfie. Self-referential meta-photography was born with the selfie itself, apparently, as there's also a shot of the photo being made: 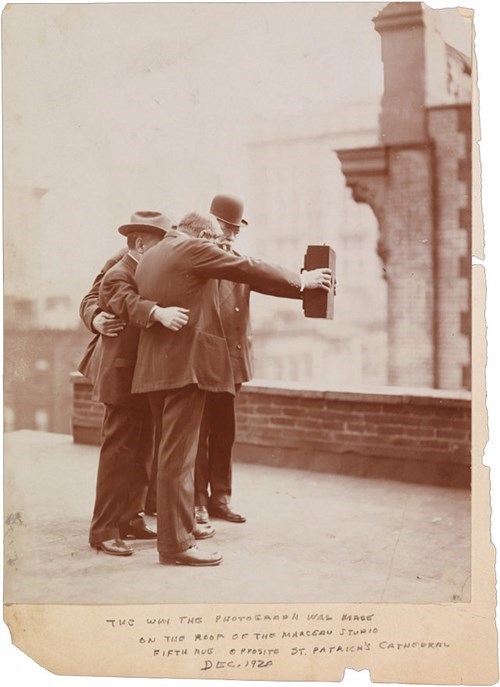 Posted by ichc.chrispeeler
and 47 more...