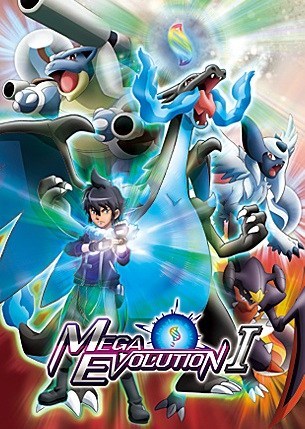 The official Japanese Pokémon website has revealed that a special called "Strongest Mega Evolution - Act I" to be aired on April 3. The special will focus on Mega Evolutions and will star an original main character named Alan: "This tale centers on the development of one young trainer, Alan, and his partner Charizard. The goal of Alan's Journey is to to master Mega Evolution, challenge every Mega Pokémon, and to stand as the strongest on top. Their journey unfolds with them battling many Mega Evolved Pokémon. And then battling the Elite Four's Zumi. Zumi's Mega Evolved Pokémon is? What's Alan's reason for being so obsessed about Mega Evolution? The outcome of this journey will be? Points of Note: 1. The entrance of a completely original main character 2. Charizard mega evolves into Mega Charizard X 3. Alan has the Mega Ring like in the games. He has a hero like catchphrase to introduce mega evolution 4. Big battles with Mega Absol and Mega Garchomp! 5. Zumi appears in the anime! Transcendent battle between Mega Charizard X and Mega Blastoise." This is one of two specials to air this spring.