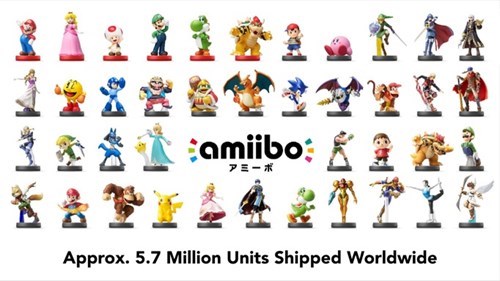 In their third quarter financial results briefing, Nintendo revealed they've sold 5.7 million amiibos and described plans to expand the functionality of the figurines:

We are also planning a free-download app for Wii U in which you can enjoy NES and Super NES games with your amiibo in the first half of this year.With this app, once you tap your amiibo on the NFC area of the GamePad, you will be able to play highlighted scenes of one certain title for NES or Super NES. You cannot play the entire game due to a time limit, but another tap of the amiibo will enable you to try another highlighted scene in the game. We hope that when you tap your amiibo, the quickly changing game scenes will pleasantly surprise you and make you feel as though you have just exchanged a game cartridge.

Other fun facts revealed about amiibos include sales ranking charts:

Stomp to My Beat