Fail of the Day: Guy Busted for Using ‘Most Interesting Man in the World’ to Drive in HOV Lane 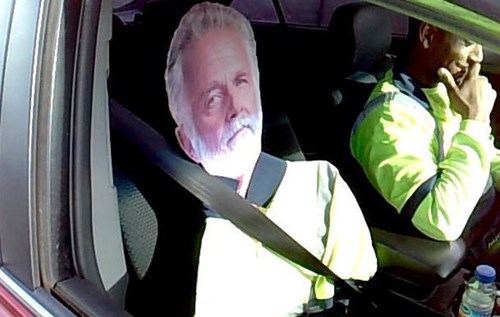 There are lots of simple things you can do to get to work on time. This is not one of them.

A man in Washington was caught by state troopers using a cardboard cutout of the “Most Interesting Man in the World” from the Dos Equis ads as a passenger to fool authorities into letting him use the HOV lane.

Needless to say, it didn’t work, and he was fined.

Trooper Guy Gill Tweeted out the photo on Tuesday, giving the guy some props for trying.

After being pulled over, the driver told the officer that the man was his “best friend.”

This might have been a big fail, but the real Dos Equis guy could have gotten away with it.

Mad Lads Who Made The World Their Playground

Hyped Up Things That Totally Flopped