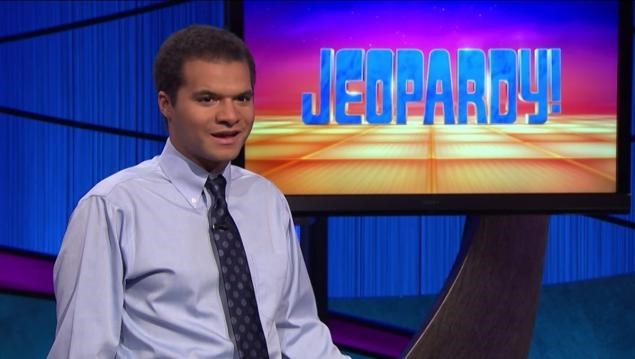 So, there's a new reigning Jeopardy champion that is getting a lot of attention. Just not all of it for his smarts.

Uproxx introduces him as such:

Meet Matt Jackson, a 23-year-old paralegal from Washington, D.C. who is currently crushing the competition in a nine-day winning streak on Jeopardy, and likely not going anywhere anytime soon. In a profile posted to Jeopardy's website this week, Jackson says he was encouraged to try out for the show by his friend Sam Spaulding, who finished second place in the 2010 College Championship, winning $50,000.

But there's way more to it.

People are really drawn to the very creepy smile he uses during the introduction sequence.

It's kind of wonderful.

The Soup thinks it's really funny as well.

And on top of that, his signature celebration move is also a thing of beauty.

Here's Jeopardy's video, letting you know the man behind the smile.

Flat Tire of the Day: A Social Experiment Turns into a Tear Jerker When a Disabled Man Stops to Help