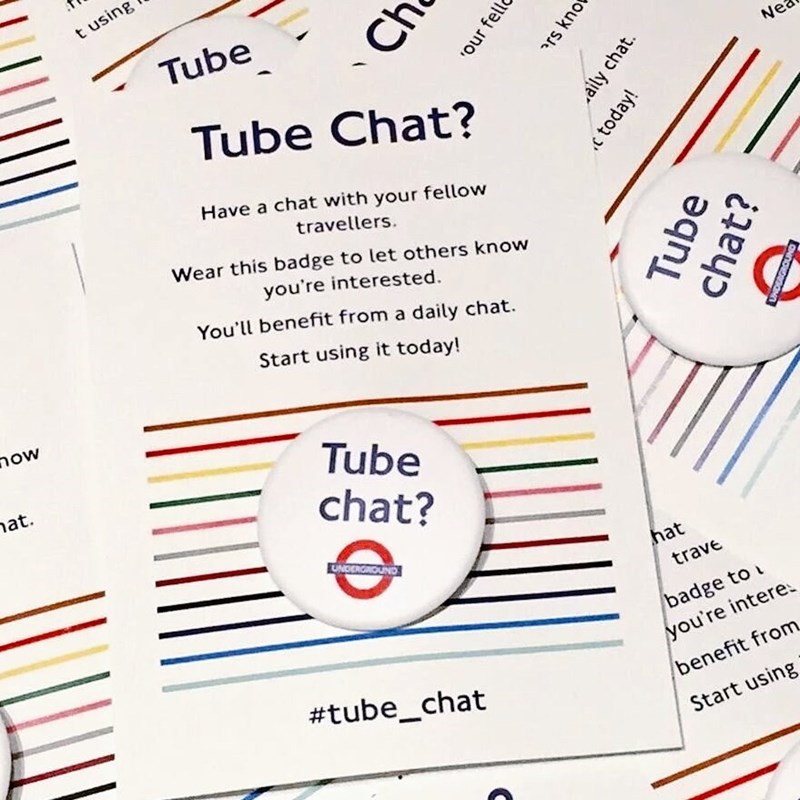 People of London were absolutely horrified to see these buttons with the words "Tube chat?" popping up all over the place. The source, according to Mashable, turned out to be a man named Jon Dunne and his wife, both from small towns in America and now living in London. He told them, "I thought it would be way more fun [but] it was sort of brutal."

No kidding, the response to #tubechat has been hilarious but not very welcoming. 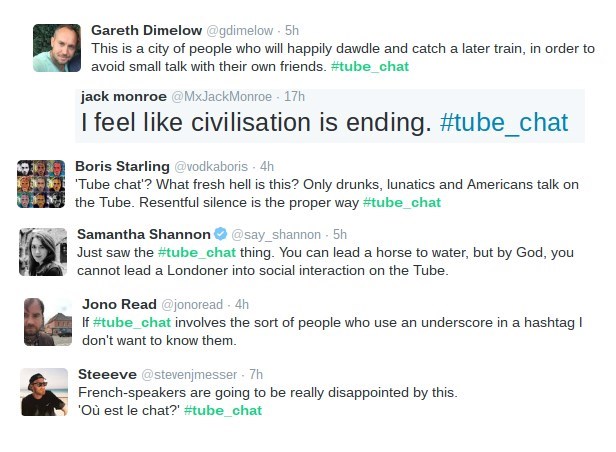 Although, this one isn't a bad idea: 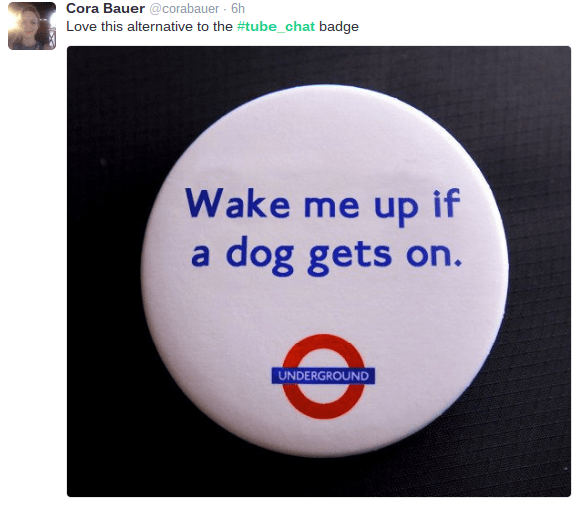