Is it time for Pence and Trump memes yet? 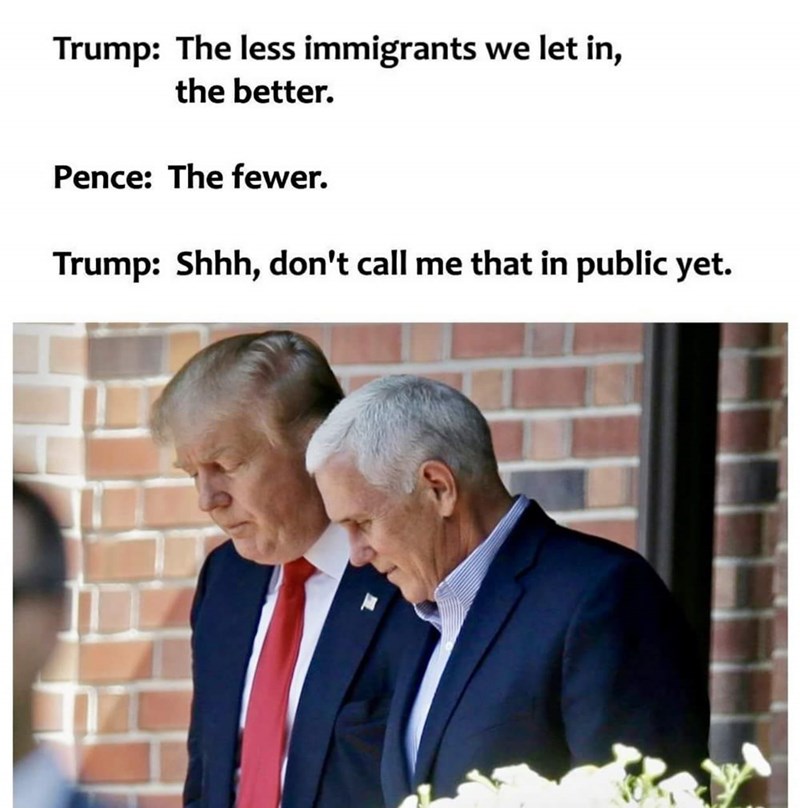 Trump is a polarizing figure in US and global politics. He has taken a wrench to the political system and gone completely bonkers with massive shifts in policy dating back before him. He dares to be bold for better or worse, and there is little to do but sit back and go along for the ride. Or be a bit more proactive and memeify everything and anything he does.

His tweets especially are one of his shining achievements as a president. Few before him have been so adept at the art of wordcraft and letting their actions speak louder than their words. Some of the reactions to his tweets have been absolutely priceless, like the short and fat tweet or his NFL-caliber paper towel toss.

Mommy Group Posts That Range From Cringey To Full Karen

Bad People Who Need A Double Dose Of Karma

48 Funny Memes With A Little Bit Of Everything