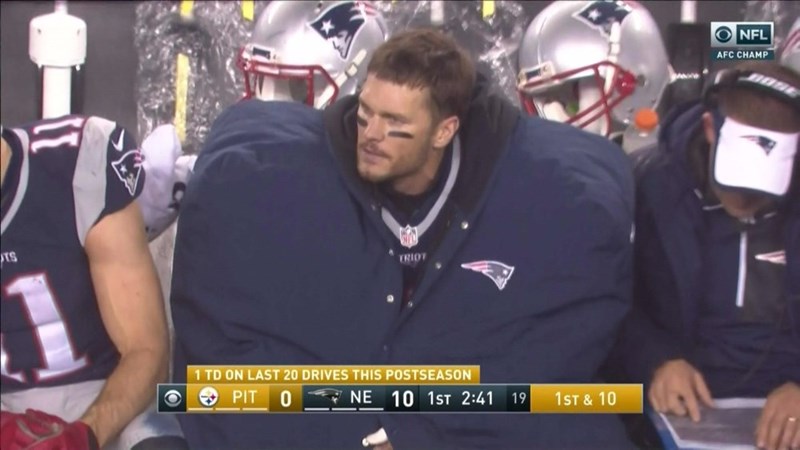 Pictured above: Tom Brady and two other fellow Patriots hidden under his jacket.

At this point people should assume that if they wear anything that’s slightly out of the normal, they are going to be meme’d out of existence. Especially if you’re Tom Brady. Tom Brady is someone that people love to take down a peg or two, mostly because he dates a supermodel, is one of the world’s most successful athletes, and always wins the dang Super Bowl.

Yesterday, during the AFC championship game against the Pittsburgh Steelers, Brady attempted to keep warm by draping himself in a pool tarp giant jacket.