When Cynthia Rodriguez opened up her Nature Valley granola bar back in March, something dropped out and she thought she had won some sort of prize.

It turns out the “prize” was actually a tiny bag of c0caine, according to KENS5 News.

The Texas woman reported it to the authorities, who confirmed it was a drug, but they don’t yet know how it got into her snack treat.

General Mills, which owns the Nature Valley brand, released a statement on Wednesday denying anything to do with it.

“We referred this to the police department in March, and are confident this did not happen in our facility,” they said.

Rodriguez said she got the granola bars as part of a sample pack from someone a local store and it didn’t appear to have been opened.

While she may be worried about it happening again, someone on Nature Valley’s Facebook page just wants more. 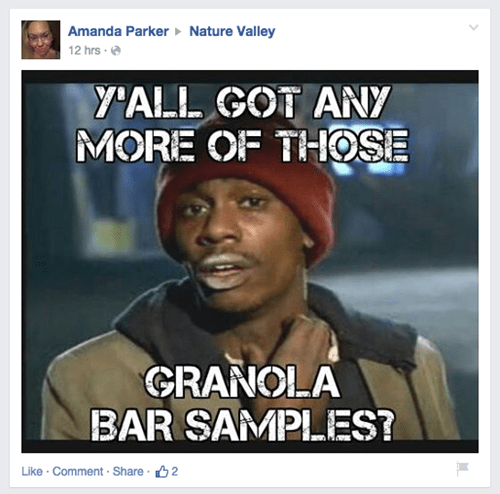 Some Are Calling This the Table Tennis Point of the Century, and It's Easy to See Why
Comments - Click to show - Click to hide

Moments In History That Are Too Dumb To Seem Real