Is the Vita the iPod of Handheld Gaming? 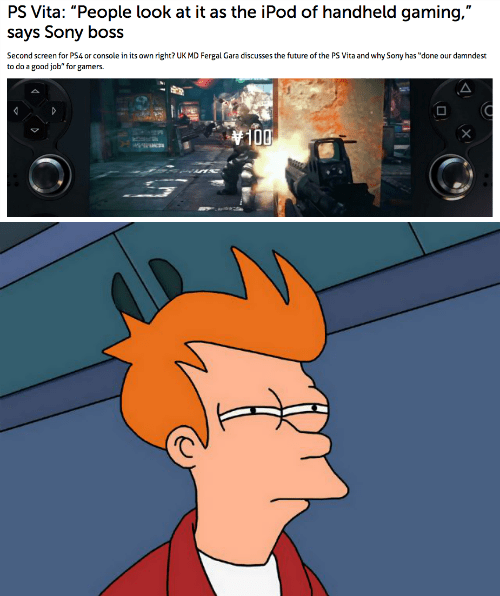 In an interview with VG 24/7, PlayStation UK's Managing Director Fergal Gara likend the Vita to the iPod, saying,

Compared to PS3, Vita has had a higher percentage of games bought digitally since it was first launched; it's interesting and it demonstrates how many people look at it as the iPod of handheld gaming. More Vita games are still consumed through physical game cards than they are through digital, but things are increasingly moving the other way. Could be that in future physical games becomes the side we do without.

I'm not entirely sure how that makes the Vita the iPod of gaming, but he also says that sales are lower than expected because people are satisfied with the mobile gaming experience on their phones and tablets, and don't feel the need to buy an additional handheld device: "it comes down to people thinking: 'Do I need it as well as these other things that are taking my money?'"
Posted by Amemeda