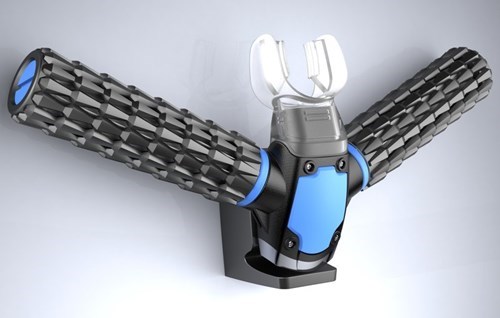 It's a remarkable claim considering that no one has yet come up with anything resembling actual "artificial gills." Codenamed "Triton," the mysterious concept comes in the form of a small mouthpiece, reminiscent of the "rebreather" James Bond uses in Thunderball (1965) and Die Another Day (2002). It is designed to mechanically capture the oxygen gas present in water and store it in a compressed air tank. As creator Jeabyun Yeon describes on his website, water is filtered using a pair of cylindrical shaped gills that house fine threads with "holes smaller than water molecules." A built-in micro compressor, powered by a quick-charging miniaturized battery, then condenses the oxygen, making it readily available as the wearer inhales.