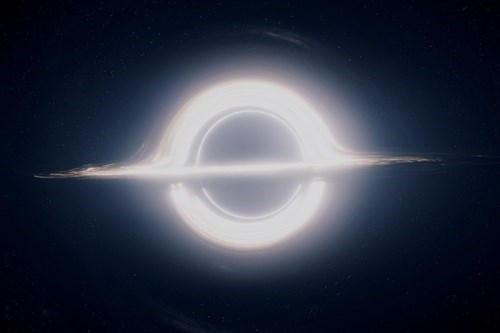 Nolan enlisted astrophysicist Kip Thorne to work with his special effects team in order to create the most realistic looking black hole on cinema. Thorne started by sending pages and pages of equations that Nolan's animators fed into their rendering software.

Thorne, who'd previously worked with Carl Sagan on the Jodie Foster-starring space classic Contact (1997), had only ever conceived of a black hole theoretically. Nobody had any idea what it would actually look like.

What the computers finally churned out after hours of rendering – all 800 terabytes of it – was astounding. Turns out that a black hole doesn't look too much like its name.

Spin Class Fitness Bullies Get Revenged Out Of Their Careers

Dumb and Clever Jokes that are Literal and Accurate

Spin Class Fitness Bullies Get Revenged Out Of Their Careers

People That Did Things Wrong For Years