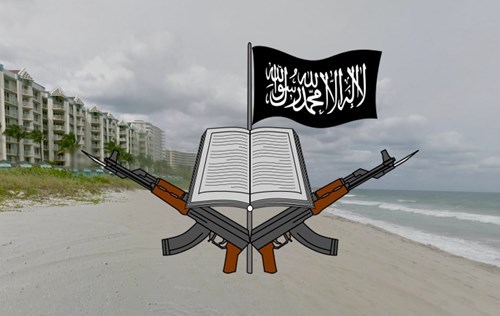 One ruthlessly kills thousands of people and the other is nice place to relax in the sun.

In an interview last week with CNN, U.S. Rep. Paul Gosar, R-Ariz. mistakenly referred to Boko Haram, the Islamist terrorist organization in Nigeria, as “Boca Raton,” the city in Florida.

They were discussing the issue of paying ransom to terrorists for kidnapping victims.

“Once you start doing that, then everybody, every American citizen traveling abroad becomes a subject in regard for kidnapping and then the plight of how much money has been captivated in the Boca Raton group,” Gosar said.

The mayor of the city in Florida, Susan Haynie, laughed at the mistake.

“While I’m pleased that the congressman from Arizona would have the name of Boca Raton on his lips, I am disappointed that he would confuse our vibrant, beautiful city with a movement promoting Islamist insurgency in Nigeria,” she said.

It was a simple slip of the tongue. Just don’t make the same one when planning your spring break this year.

Girlfriend Fakes Having Sex in a Car for Prank, it Expectedly Spirals out of Control in Truly Chaotic Fashion
Comments - Click to show - Click to hide

The Things Restaurant Employees Have Seen Done To A Customer's Order

Hyped Up Things That Totally Flopped

"That's It, I'm Never Helping Anyone Again" Moments People Had