"Taiwan No. 1" Guy is a Celebrity in Taiwan 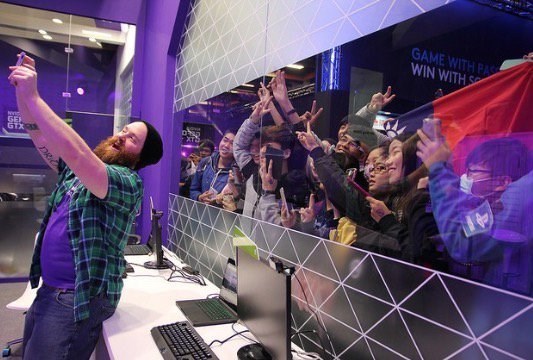 If you're unfamiliar with Taiwan No. 1, here's the quick and dirty version: back in July of 2015, YouTuber ANGRYPUG was streaming H1Z1 and decided to troll a Chinese player by yelling "Taiwan number one" at him. The guy didn't take it well, and a meme was born. Watch the interaction for yourself below (action starts at 2:00, beware of naughty language):

Given the tumultuous relationship between China and Taiwan, Pug's video has become incredibly popular in Taiwan, elevating him to celebrity status there. He recently attended the Taipei Game Show, where people were lining up to take a picture with him and get his autograph.

Sometimes the internet is beautiful.

A Humble Offering Of Memes For Those Looking To Waste Time

26 Memes For People Who'd Rather Be Gaming

32 Priceless Posts & Petty Complaints From 'The Best Of Nextdoor'