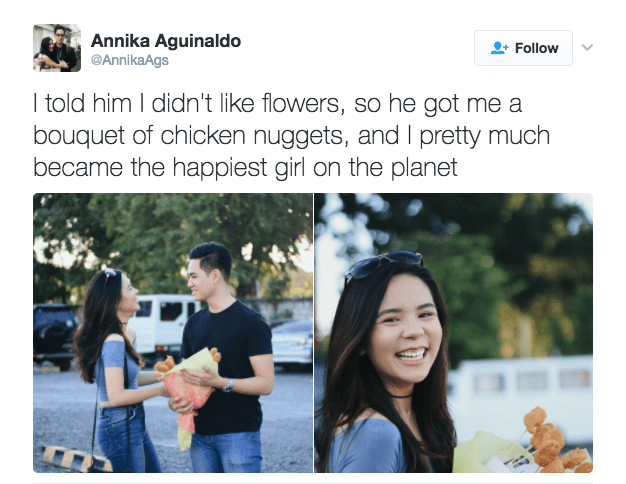 Nothing says "I love you" like a chicken nugget. Yes, that intelligible melange of chicken parts, deep fried and dunked in BBQ sauce is the only way to tell someone that you care for them. Don't try flowers. It ain't gonna work, dude.

I told him I didn't like flowers, so he got me a bouquet of chicken nuggets, and I pretty much became the happiest girl on the planet pic.twitter.com/H6zLpud8wW

Tumblr Thread: Origins Of The Pads Vs. Tampons War

Customer Demands Exactly a Pound of Wings, Gets Less Wings