The Apple Watch is Here! Or Maybe it Was Here the Whole time? 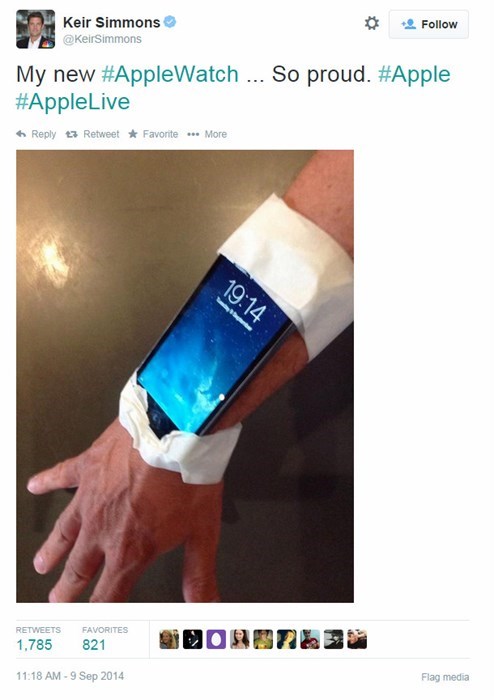 Apple's press conference today announced the iPhone 6 (spoilers: It has a curved bezel and more powerful technology and a better camera), the iPhone 6 Plus (spoilers: It's the same as what we just said but with the formfactor of a larger Android phone) and the Apple Watch. Details about the watch are relatively slim. We know it will interact with other Apple devices, have apps, use vibration to alert you of notifications and do nifty things like "tug" you in the direction of a pre-planned route you've mapped out.
But really, we know the killer app is just taping your existing phone to your arm.

Incompetent Scammers Who Were Their Own Worst Enemies