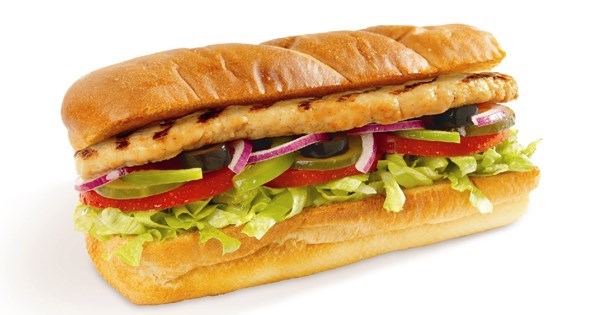 Via Lean It Up
Repost
Recaption

They say you are what you eat. So if you're eating chicken from Subway, it turns out you are some sort of soy-filler byproduct?

Subway wasn't going to take this lying down. They told Mashable:

The accusations made by CBC Marketplace about the content of our chicken are absolutely false and misleading. Our chicken is 100% white meat with seasonings, marinated and delivered to our stores as a finished, cooked product.

We have advised them of our strong objections. We do not know how they produced such unreliable and factually incorrect data, but we are insisting on a full retraction. Producing high quality food for our customers is our highest priority. This report is wrong and it must be corrected.

Now the two are in a big game of chicken.

Subway did their own invesitgation and found less than one percent of soy in their chicken product, while the CBC stands by their test results. They cited Robert Hanner, a biologist and associate director for the Canadian Barcode of Life Network at the University of Guelph in Ontari, who wrote, "DNA tests do not lie (especially when conducted multiple times), and anyone with access to a DNA laboratory could perform these tests."

Because Subway is doing their own secret study that backs up their claim that their chicken is chicken, it makes sense to be skeptical of their findings.

In the mean time, maybe try a veggie delight sub. Everyone knows that banana pepper is just a banana pepper... or is it. You know what? Maybe try an actual deli.

Tumblr Thread: The Finnish Soldier Who Amphetamined His Way Home

Landlord Tries To Rip Tenant Off, Ends Up Paying Over $6.5K